MAP: Is Florida more of a cat or dog state? 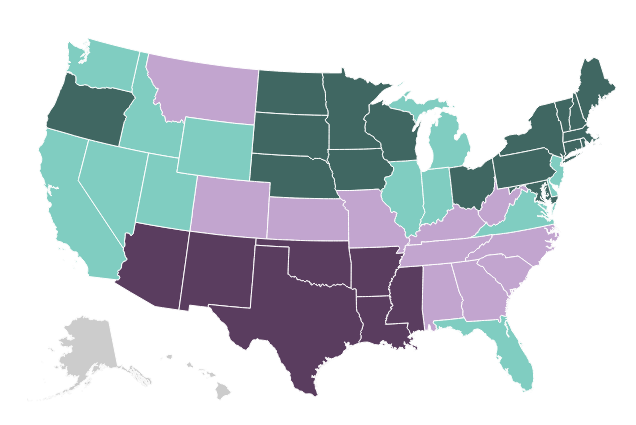 Washington Post recently compiled research conducted by Euromonitor that determined which countries and states were filled with cat people versus dog people. One might think that the United States is, without a doubt, a dog country, with 36.5 percent of U.S. households owning dogs versus 30.4 percent who own cats. However, using raw population data, you'd be wrong. Cats outnumber dogs in America 73.6 million to 71.6 million.

America's pet population is pretty close, compared to some other countries. In Mexico, for example, there are 24.3 million dogs and only 7.9 million cats, while in Turkey, cats outnumber dogs almost 3 to 1. And in India, dogs are definitely man's best friend, with more than 11 times more dogs than cats.

Euromonitor also broke down the United States cats versus dog love by state. Florida, by a mere 200,ooo, is a cat state. We gotta say, we're a little bit surprised, because, in Orlando particularly, there is no shortage of puppy love in Florida. Cats seem to reign supreme in most U.S. states with large cities in them. Which makes perfect sense when you think about it. The independent creatures are much more suited to small spaces (and indoor bathrooms!).

So, Floridian dog lovers, if you wanna swing Florida over to the dog side, you're gonna have to start doubling up your puppies. If not, it's seems likely that, like we always suspected, cats are gonna take over the world (or at least our state). And, really, haven't they always been planning that anyway?

You can explore interactive maps of both the U.S. and world at Washington Post's website.