'The Theory of Everything' offers enough 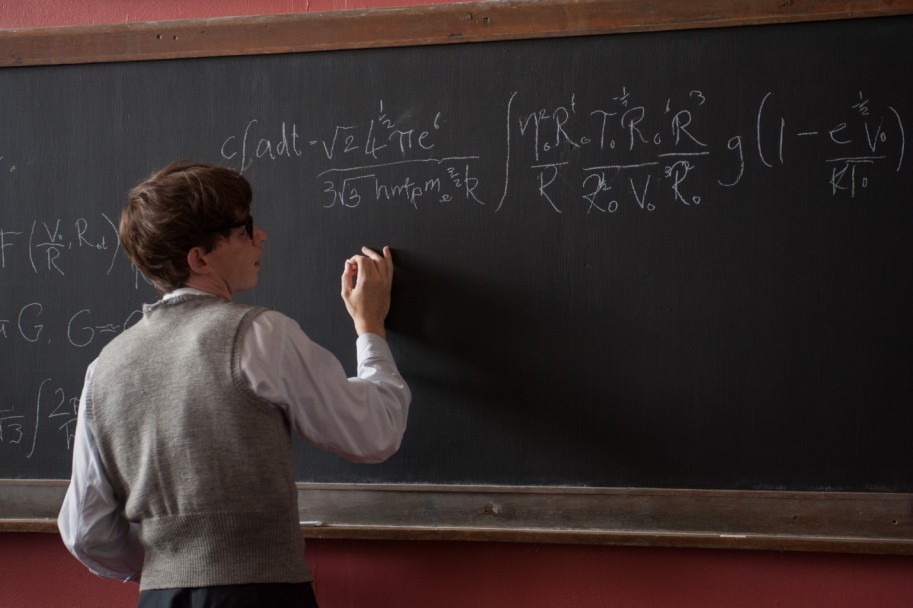 Most biopics about icons require a leap of faith to fully accept an actor as his or her character. The Theory of Everything is not most biopics, as Eddie Redmayne is so convincing as famous physicist Stephen Hawking that you will likely be unable to separate the two men in your mind once this genuinely moving, if slightly maudlin, film flickers to a finish.

Inspired by the memoir of Hawking’s ex-wife, Jane, this is as much a love story as a biopic. Indeed, Jane, played passionately by the instantly likeable Felicity Jones, gets almost as much screen time as Stephen. Starting in 1963 when Hawking was a doctoral student at Cambridge, the film covers roughly 20 years of the couple’s life, from their first date, to marriage, to the birth of their children, to the publication of Hawking’s landmark book, A Brief History of Time. And, of course, we see in vivid detail the slow, painful progression of Hawking’s motor neuron disease, or ALS, beginning with the diagnosis that the 21-year-old has just two years left to live and ending with a middle-aged man proudly defying that medical prediction.

Almost every frame of Everything, which is directed by James Marsh (Man on Wire) and written by Anthony McCarten, is imbued with its subject’s seemingly indomitable spirit, while also giving proper respect and just the right amount of discussion time to cosmology, which Hawking describes as “religion for intelligent atheists.” Through his passion for his subject and his love for his family, Hawking is somehow able to soldier through indescribable physical trauma and keep striving for his dream: “one simple, elegant equation to explain everything,” including black holes, the big bang, space-time and life itself.

If this review is slipping into saccharine sweetness, that’s probably because Marsh’s movie is sometimes just that, a conventional concoction filled with too many non-revelatory scenes seemingly designed to just jerk tears without giving us a true understanding of Hawking. In fact, if you took away the sexual details, Frank Capra could have directed it. But in keeping with Capra, Everything, if a tad too precious, does not disappoint in delivering traditional screen magic.

The film deserves credit for a refreshingly honest depiction of Hawking’s marriage and a strong supporting performance by Charlie Cox (Boardwalk Empire), but most of the aforementioned magic is courtesy of Redmayne, best known for playing Marius in 2012’s Les Miserables. As solid as the actor was in that production, this is a different Redmayne, one who so totally embodies his character that even Hawking, who apparently cried during the screening, admitted, “I thought he was me.” That portrayal, which deserves an Academy Award nomination, outweighs all the film’s weaknesses, including a lack of pacing and energy in the second half.

What is most astonishing, and what The Theory of Everything succeeds in revealing, is that a man who was given so little time of his own has somehow been able to transform how everyone else views time itself.