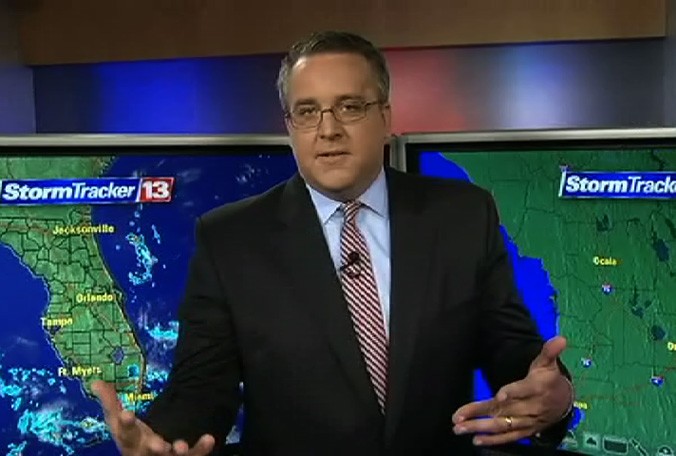 Orlando Sentinel reports that News 13 terminated chief meteorologist Jeff Day's contract on Friday, Nov. 21. Day, who was with the local cable news network for 17 years, found out Friday morning that his contract would not be renewed. Sadly, he did not get the chance to go on air and say goodbye to his loyal viewers.

In an interview with Orlando Sentinel, Day says he was surprised, but he appears to be handling the news with an excellent attitude:

"It’s the nature of the business," he said. "You always have to be prepared. It's just one of the things you find in the business. I'm dealing with it. It's been 17 years of dedication and hard work. But now there's relaxation and some excitement about finding a new path to take. I love Central Florida."

Following Danny Treanor's retirement after 10 years in front of News 13's map, it looks like the only familiar face of the weather left at News 13 is Dave Cocchiarella, who has been with the station for 16 years.

No word yet on what's next for the familiar local meteorologist, but we hope to see Jeff Day pop back on our screens soon ... as long as he's not reporting hurricanes that are coming to engulf us.