MAP: What's the most popular job in Florida? 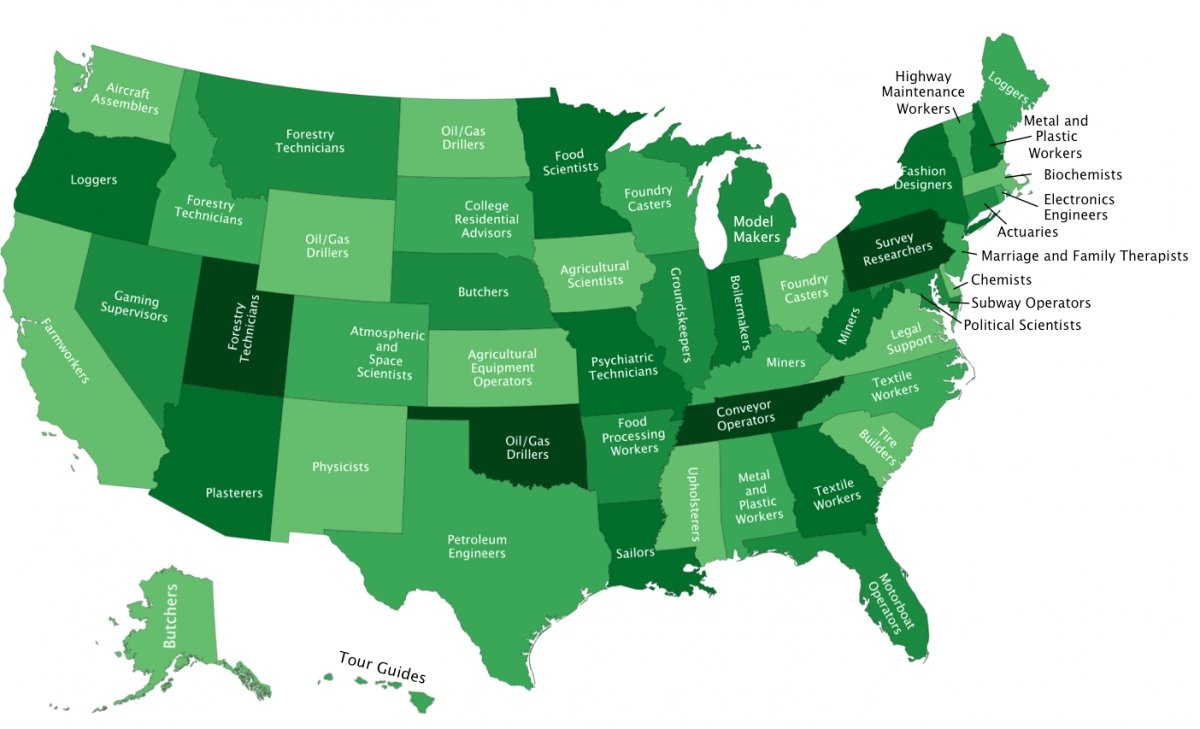 Earlier this month, Business Insider, an online business magazine, created a map showing the most popular job in each state. Now, the online mag knew better than to just pick the most common job, because it's the same in 42 states: retail salesperson. That doesn't make for a very interesting map, does it?

Instead, Business Insider used location quotient data from the Bureau of Labor Statistics to determine the most "disproportionately concentrated" job in each state. They explain:

The Bureau of Labor Statistics calls the ratio of these two rates the location quotient for a job in a particular area."

After crunching the numbers for Florida, Business Insider determined that Florida's most concentrated job is ... drumroll ... motorboat operators. It actually makes pretty good sense. Between the fishing boats, tour boats, tug boats leading the cruise ships out of port, quick jaunt Miami to Key West boats and more, there are a lot of boats motoring all around the Sunshine State.

We assume theme park workers fall under the blanket job title of retail salesperson, or else we expect theme parks jobs would be way up there in the most popular job in Florida list, if not No. 1.

And hey, at least we're not South Carolina. Building tires is not nearly as much fun as zipping around bodies of water in a motorized vehicle.

You can check out the entire study on Business Insider's website.