VIDEO: The Gerry Williams Band on Off the Avenue

Local jazz-soul-funk master Gerry Williams can be found frequently around town performing soulful originals, dutifully covering soul and jazz icons (Al Green, Stevie Wonder, James Brown), and impressively improvising as a recurring player at the Smiling Bison. In 2007, he formed the Gerry Williams Band after a chance collision of talents in the studio - Williams was working with guitarist Kevin Hardy when he brought in trumpet player Bill Moss to play on a few songs. The trio continued to play together, and this led to the beginnings of the Gerry Williams Band, which went on to attract a variety of talents.

The band can perform as a trio, a quartet or include as many as 10 pieces, depending on the gig, Williams says, and its demands. Williams is currently working on an album featuring the musicians filling out his band at North Avenue Studios in this month's Off the Avenue videos. Check out the new Gerry Williams' song, "Distant Lover" (above), and their cover of Stevie Wonder's "Bird of Beauty" (below).

Orlando Weekly: What do you think is important in a live performance?

Williams: In a live performance, there must be communication between the musicians - not always verbal communication just a lot of listening in. Also, you have to include your audience in everything you do.

Explain the meaning behind one of your songs.

When I wrote the song "Distant Lover" (video above), it's about seeing in your mind that perfect person for you without knowing exactly who it is yet.

Do you have any specific gear that helps you achieve your sound?

I like to use the Korg M3. Changing in between patches is so easy on this keyboard, and I love the feel of the keys.

What are you loving most in music right now?

Today, I'm listening to bands like Sharon Jones and the Dap Kings and Lettuce. I love their work.

What do you think of Orlando's current music scene?

Orlando has some of the greatest musicians, I think, in the world today, and we should all work together more to become one of the top live music cities in the world.

P.S. Here's a nice little Gerry Williams flashback: A feature from 2000 by Billy Manes on Williams and his band, SoFluid. 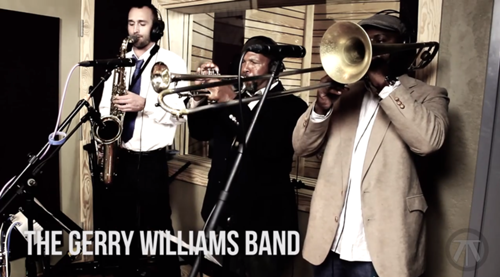