Photos: Behind the scenes of Phantom of the Opera at Dr. Phillips Center 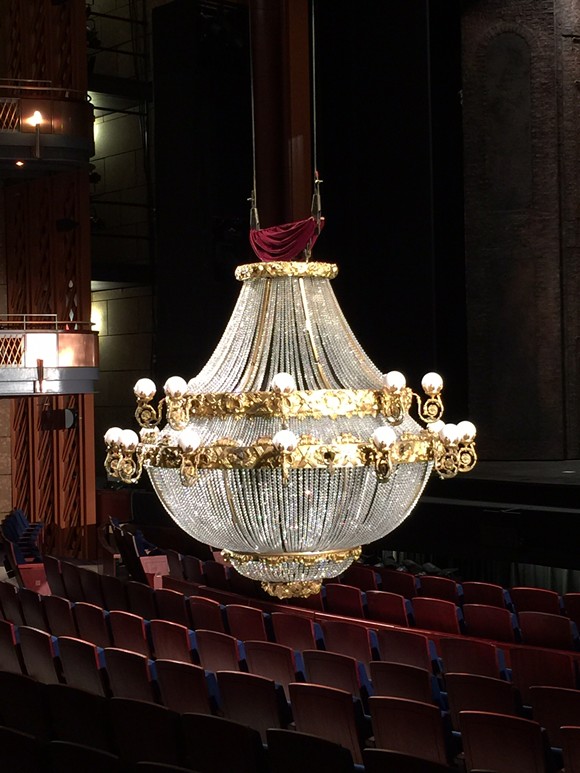 The longest-running show on Broadway — and highest-grossing musical in the world — is back in Orlando this week as the first Fairwinds Broadway Across America presentation at the brand-new Dr. Phillips Center for the Performing Arts. The new production of Phantom of the Opera features a fresh cast and all-new sets and staging, which the media got a preview of during this morning's backstage tour.

Our noontime tour started with an interview with cast members Katie Travis (Christine) and Jacquelynne Fontaine (Carlotta), who spoke about being part of the Phantom "phamily" of performers around the globe.

Next, we got a look at the Phantom's iconic falling chandelier, which was being loaded with pyrotechnics for a matinee performance.

Finally, we inspected a few of the myriad costumes used in the show, all of which are still based on the original Broadway designs. Carlotta's dress alone required $10,000 worth of labor to handcraft.

Phantom of the Opera continues through Dec. 14; look for my further thoughts on the show in the next issue of Orlando Weekly.