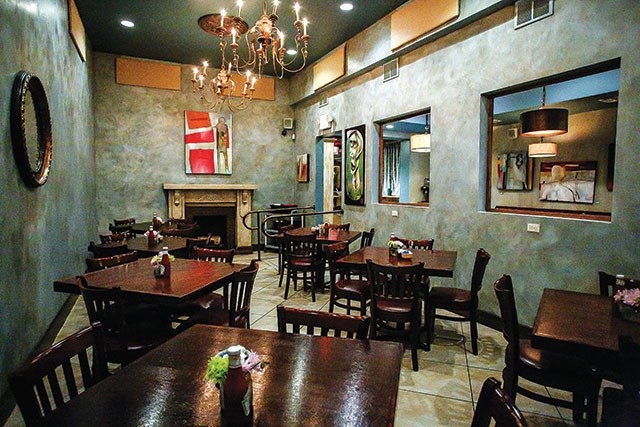 After just four months in the Ivanhood, Elliott's Public House has closed. Chef Karl Elliott's upscale foray into serving more refined/more creative versions of the diner classics that Brian's Restaurant served for years in the same spot never caught on fully with the neighborhood.

Rumor has it that Elliott's investors got cold feet after not seeing a profit yet, and I think that's a shame (and maybe a little premature, though I have no idea what kind of financial state the restaurant was in). Not every dish coming out of the kitchen was spot-on, but the menu was ambitious, while still fairly inexpensive. It seemed a welcome addition to the neighborhood, and it was certainly a beautiful space, similar to Santiago's Bodega just up Virginia (same designer). Referring to the casual-posh atmosphere, our restaurant reviewer said "I’m happy to see Elliot’s raising the caliber of the food, not their noses."

He continued, perhaps presciently, "Many folks in the area, particularly those still lamenting the loss of Brian’s, may reject any notion of visiting Elliott’s for its relatively posh appearance, but that would be a mistake. There are plenty of sandwiches and burgers in the $10 range, including a standout beer-battered grouper sandwich for $11. If that still isn’t enough of a lure, the beer and wine bar opening in the former Nora’s space next door might do the trick."

That bar never materialized, though Nora moved up Virginia Drive into a new location and seems to have retained her clientele. Maybe another chef and another investor will scoop it up, but in the meantime, well have to find somewhere else to enjoy a bowl of Portuguese-style clams and chorizo.