This Little Underground: Peanut Butter Wolf at the Social 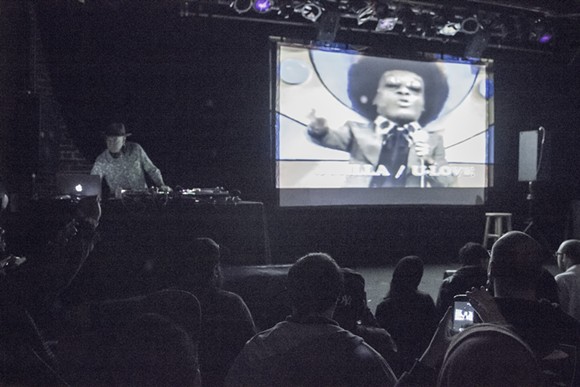 Peanut Butter Wolf is a man who packs heavy credentials as not just a preeminent DJ among hip-hop’s neo-classicists but as the father of the tastemaking Stones Throw Records, a label that has both honored and expanded on hip-hop’s roots. But beyond the name drops, he’s made a name by helping to reclaim some of the spotlight back to the DJ – you know, that cat that Rakim, Run-DMC and Chuck D kept going on about – at least in smart indie circles.

Having said all that, maybe his prestige is a little taller than his actual turntable skills because his recent Orlando set (Dec. 11, The Social), though surely a party, was fairly conventional in execution. There was some good, dynamic use of video with nicely chopped and tailored clips that, in its best moments, began to approach the inspired live touches of Mike Relm or the Books. But remove the celebrity and the visuals and local opener DJ BMF takes the prize in terms of sheer technique. Still, dude kicked it up with a classic-leaning set built on impeccable song selection. The guy knows how to get into a crowd’s bloodstream and kick ‘em into high kinesis.