Guess what state puts up the most obnoxious Christmas lights 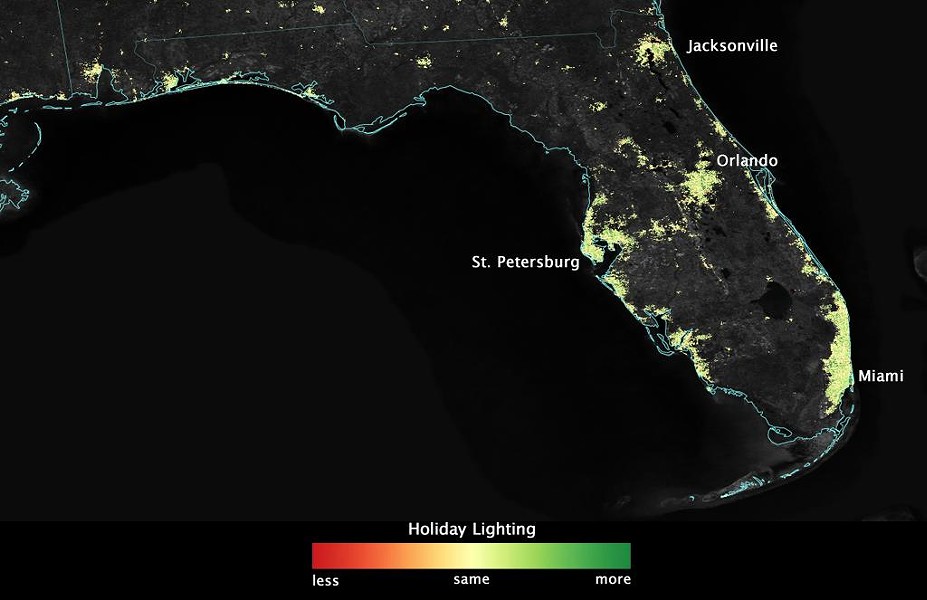 Christmastime in Florida can be, well, a little un-Christmas-y. Want to go on a sleigh ride? Fat chance. Dreaming of a white Christmas? Tough titty. But there is one holiday tradition that Floridians get to take part in, and that's decking the halls (and eaves and garages and lawns and palm trees) with tons of beautiful twinkling lights displays.

Maybe that's why, according to this article from NASA's Earth Observatory website, NASA/NOAA satellites have picked up that Florida outshines every other state in its zeal for Electric Yule (which should probably be the name of Debbie Gibson's comeback holiday single next year).

These images show the difference from the average brightness of an area's electric lighting during the holidays. While the cities in Florida don't show as much of an increase in brightness as cities like Atlanta or Houston, Florida has a much larger area that has enough change in brightness to be picked up by the study. 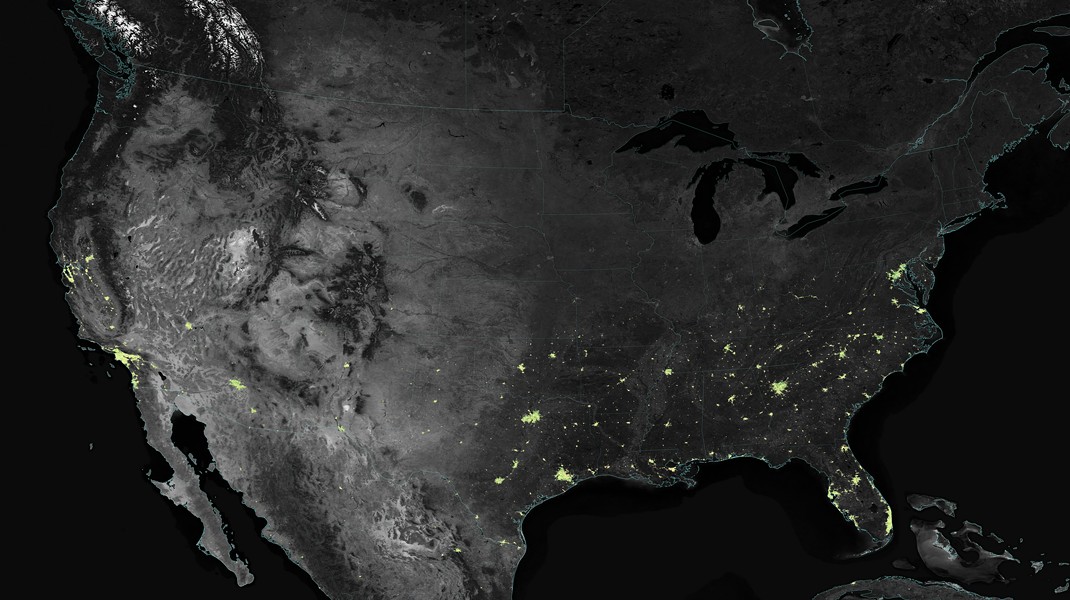