Twist things up on Tuesday with Afrobeat band Bengali 600 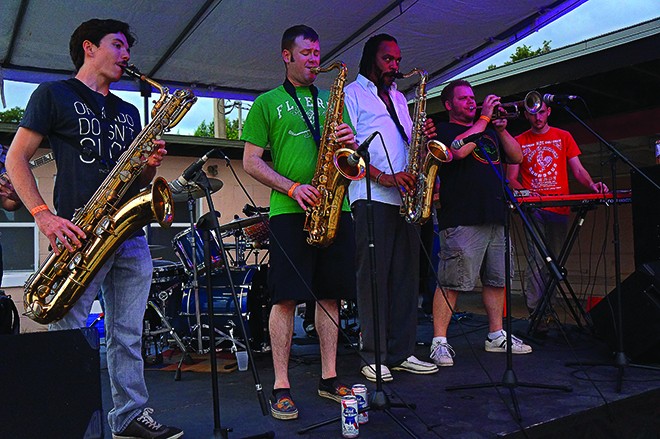 Every Tuesday, Red Lion Pub hosts live music followed by a whimsical showcase that’s like an open mic meets America’s Got Talent with juggling, fire-arts and other unexpected antics on a night they dub Twisted Tuesday. This week, Orlando Afrobeat band Bengali 600 – whose Facebook says they’ve got new material and whose recent uptick in activ- ity demonstrates they’re ready to share it if Orlando’s ready to get down – is the night’s central coil, winding things up with horns blaring. As usual, there will also be a home-cooked meal avail- able with a donation to the Red Lion Community Emergency Fund, intended to support the musicians, artists and barflies who frequent the venue and keep creative-minded events like these going.