Enzian says it's willing to screen The Interview ... if Sony will let it 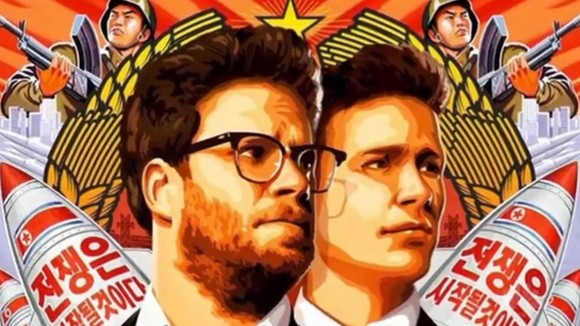 Today, the Enzian joined a petition created by independent movie theaters around the country, indicating that they'd be willing to take the risk of screening Seth Rogen's The Interview, if Sony will let them. The petition, which the Enzian share in its Facebook page, reads:

We, the independent art house community, specifically the theaters below, express our support for Sony Pictures and all of its employees worldwide in this difficult time. We want to share our encouragement and appreciation for Sony and the great contributions it has made to the film industry, especially to our sector of art houses and independent cinemas.

On December 16th, the Terrorist Organization, “The Guardians of Peace,” escalated their threats by promising terrorist attacks against cinemas showing THE INTERVIEW. “The world will be full of fear,” their message read, “Remember the 11th of September 2001. We recommend you to keep yourself distant from the places at that time. (If your house is nearby, you’d better leave.)”

With this threat, the issue became larger than any film, larger than Sony and larger than the entertainment industry: societal and artistic values are in peril. We are at an important crossroads with an opportunity to reaffirm clearly our dedication to the value of freedom and the absolute necessity to keep our film industry free of restriction, censorship and violent intimidation. We implore our fellow exhibitors and our nation of moviegoers to stand up in recognition that freedom of speech and artistic expression are vital not only to the entertainment industry but for all art and commerce worldwide.

We stand in solidarity with Sony and offer our support to them in defense of artistic integrity and personal freedoms; freedoms which represent our nation's great ability to effect change and embrace diversity of opinion.

We understand there are risks involved in screening THE INTERVIEW. We will communicate these risks as clearly as we can to our employees and customers and allow them to make their own decisions, as is the right of every American. Understanding those risks, the undersigned, independent cinema owners and operators of America under the banner of the Art House Convergence, do hereby agree to support Sony and to support theatrical engagements of THE INTERVIEW should Sony, at its sole discretion, decide to release it to theaters.


According to Valerie Cisneros, marketing associate for the Enzian, the theater is booked through Jan. 1., but "if given the opportunity, we would play it as soon as our schedule permits." The petition site on change.org indicates that Sony has agreed to let independent theaters screen the movie at their own risk, but Cisneros says the Enzian is still waiting for confirmation.

She says that patrons should keep an eye on the Enzian's Facebook page for updates.