Letters to a Satanist: Do you have a statement about the destruction of your holiday display at the Florida Capitol?

Do you have a statement regarding the intentional destruction of your holiday display at the Florida Capitol Rotunda?

Earlier today, I received a phone call from a friend and member of The Satanic Temple in Tallahassee who informed me that he had only just been informed that our holiday display in the Florida Capitol Rotunda had intentionally been destroyed. Reports, currently, are sparse, but I’m told that the culprit is in custody, and witnesses are in no doubt that she entered the Rotunda with the sole purpose of causing destruction.

Approval of our holiday display — a diorama depicting a fallen angel with a banner overhead bearing the message, ‘Happy Holidays From The Satanic Temple’ — was met with unease, controversy, and anger among certain pundits and commentators. However, The Satanic Temple was clear from the start that our display was not designed to insult. In an early published statement, I am quoted saying, “Nobody holds a monopoly upon the season's celebratory spirit, and we hope that our display, among the various others, will contribute to a general and growing understanding of plurality. If there is fun to be had, we'll have it — and we wish the same for all, regardless of religious affiliation, or lack thereof.” The message — if there needs to be one beyond ‘Happy Holidays’ — is one of tolerance for religious diversity. It is religious freedom and free expression in action.

Despite our best efforts to engage in dialogue and make our position clearly known, professionally panicked panderers to mob hysteria thoughtlessly, and publicly, speculated upon our “real” intentions. On the floor of the state Senate in MI, Sen. Tupac Hunter declared, “This is an effort to mock the concept of religious freedom” and “an attempt to scorn Christianity,” never making clear how he reconciles his own “concept of religious freedom” with his apparent zeal to exclude non-Christian religions from the public square. In Tallahassee, “Pastor of Bible Based Church”, Darrick D. McGhee took to Fox News Network’s Fox & Friends, where he shamelessly and irresponsibly took it upon himself to speak for The Satanic Temple’s motives: “It [the holiday display] is definitely a ploy and a scheme and a mockery of those of us who are believers of Christ Jesus.”

Led by such inaccurate commentary, it comes as no surprise that a disturbed individual may take to destructive action while imagining herself to hold the unassailable high-ground. There is an irony — easily seen — in the behavioral defects of those who declare their moral supremacy contrasted against those who accept the legitimacy of multiple viewpoints. The destructive tendencies, the truly immoral actions, seem to arise more readily with those who claim to believe in the exceptionalism of their creed, the infallibility of their faith. Sanctioned exceptionalism breeds arrogance, contempt, and corruption. Zealots, believing they represent a majority view, perceive themselves the beneficiaries of popular support. In fact, it isn’t so. Whatever the reasoning turns out to be behind the assault on our display, it is inappropriate to view it in the facile terms of Christianity vs. Satanism. The assault on our display, if thought to be done in favor of a Christian viewpoint, is more appropriately viewed as an assault upon religious pluralism and a rejection of Government viewpoint neutrality. It is a rejection of American constitutional values held dear by a large number of self-identified Christians — many of whom express support for The Satanic Temple’s right to religious freedom. It is time that the fundamentalists and religious radicals realize that they are the belligerent few, and we, who uphold the virtue pluralism, whatever our religious affiliations (or lack thereof), will not be silenced. 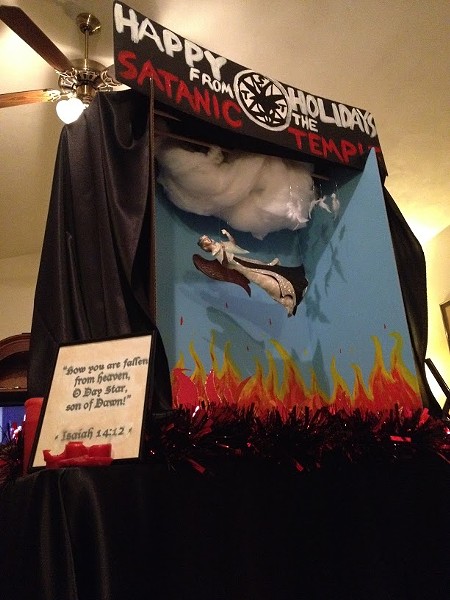 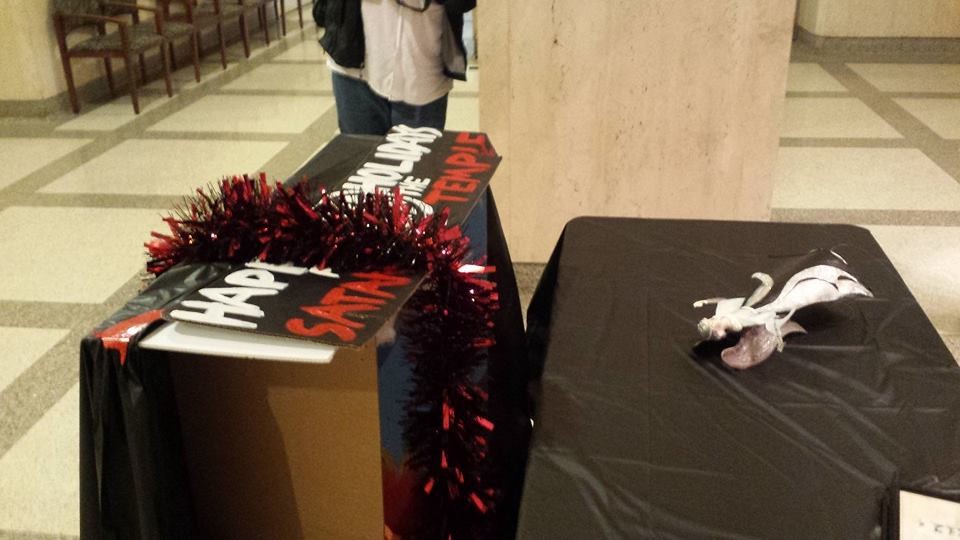