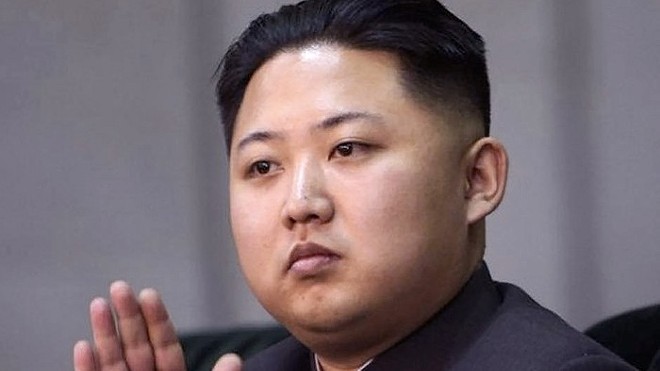 If you are a regular viewer of the local evening news on major network affiliates, you might want to brace yourself for what appears to be the grandest overstatement via press conference we've witnessed in awhile as all the crashes and burglaries clear out of the transom tonight. We've just returned from the Orange County administration building where, at the very last legal minute, the county finally gave up its list of IP addresses attached to its recently controversial (and newly discovered) Dropbox account.

"I'm sorry to be so dumb," WESH-2 News reporter Michelle Meredith, seated to our right, said. "But what is an IP address."

Yep, get ready for Not Necessarily the News, then. You can read a bunch on the back story of the county's Dropbox situation here, because we've been fairly glued to the situation despite the county not inviting us to any of its caring circles on the matter. But the gist is that, following two losses in court for hiding public records (textgate and docs about the more recent euthanizing of a dog in error), there were suspicions that the county was again doing deals on the dark side of the moon (or sunshine?), this time via Dropbox. The Dropbox was summarily confirmed, but the county bristled at the charge that there was anything suspicious going on there. Even though there were timing issues – like, say, Dropbox accounts being deleted right around the time that public records requests were sent, or around the time that all of that terrible charter language was being drafted for the November ballot. Mayor Teresa Jacobs, the queen of transparency, was rumored to be incensed by the suggestions of impropriety brought up by a lawsuit from Organize Now. She certainly looked incensed when asked about it on television. She also said the group was free to look at the books any old time, but then proceeded to stall.

So today, following the third and most recent court ruling against the county on public records, county staff assembled interested press – we were not contacted, except by our reporter friends – for an informal briefing on the release of the IP addresses from the Dropbox account. Apparently, "informal briefing" is akin to "defensive posturing," because once the whole thing got underway, it was clear that nothing of substance would be released today. When asked about the actual CONTENT of the Dropbox account, we were told that the judge only ordered the release of the IP addresses, most of which were just repeats of the county's firewall. So there wasn't really much to take in.

County Enterprise Security manager Peter Miller, who took to a lectern to explain IP addresses to Meredith, basically, made a strategic move by comparing the release of sensitive IP addresses to North Korea, because current events.

"I don't mean to sound crazy," he sounded crazy. "But nobody cared about North Korea two weeks ago."

Oh, OK. So the rest of the presser devolved into the pretty faces of your television feeding pool (mostly, save our friend Mike Synan from Fox 35 News) buying into a story about citizens' privacy being compromised to the point of international crisis, the county having to spend taxpayer dollars to fight off a warrantless suit (which it lost), and the county having to step back on its cloudy technological breakthrough when it shut down its Dropbox account on Monday. It's all Organize Now's fault that the county withheld records and might possibly have been (once again) doing its mobile computing on the sly.

"I find this comparison between the release of public records and North Korea over the top," First Amendment Foundation President Barbara Peterson says. "That they are invoking a hostile foreign nation and comparing them to what North Korea has done is absurd." She adds that the county and state would actually have to go through the process of proving that releasing IP addresses puts ordinary people in danger in order to move forward with, as was mentioned at the presser, a statewide law preventing their release in order for that to even get a hearing. She's right.

We asked a number of questions, all of which were dismissed with smiles and "check your sources"-type language, and then we felt like we were in a bad film.

So when you watch the news tonight, bear in mind that the paranoia the county is selling is nothing more than a diversionary tactic designed to switch the story and play up its victimhood. Trust us, we were there. Teresa Jong Un Jacobs, she was not. She had already left for winter break.

“Mayor Teresa Jacobs lost three public records lawsuits in just two years. So it’s no surprise that when a judge orders her turn over documents, her first response is to delay their release as long as she can, then hold a press event to discuss records no one was able to inspect. Obtaining the computer names and IP addresses is only the first piece of this jigsaw puzzle. We'll review these and other records the county has yet to turn over to determine who had access and when to the mayor’s Dropbox," Organize Now director Stephanie Porta said in a statement.


We will, of course, have more on this story as it develops.