"The Book of Mormon" says "Hello again!" to Orlando 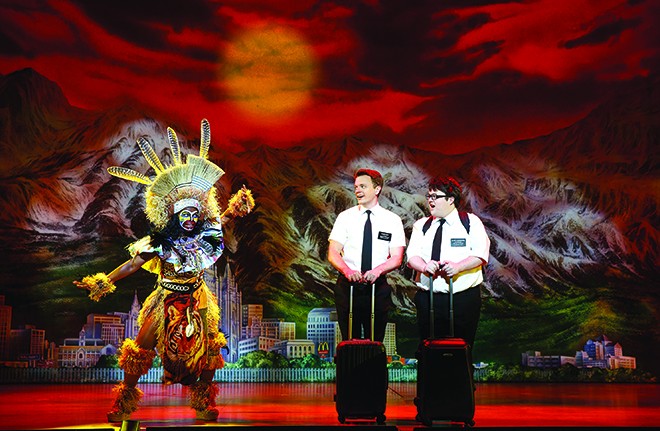 If you often – or ever? – feel the desire to dance down the street singing, “Orlandooooo, I love yoooouuu!” then this is obviously your favorite Broadway show (but please don’t sing along in your seat). The Latter Day-tastic musical by the creators of South Park was oh-so-timely when it opened, what with ol’ Mittens Romney on the presidential campaign trail and Chloe Sevigny rocking the prairie skirts and French braids on HBO’s Big Love, but the fish-out-of-water/coming-of-age tale of a Utah missionary sent to Uganda has since grown into itself as one of the most hummable hits that Broadway Across America has ever brought to Orlando.

This is Book of Mormon’s second go-round in the City Beautiful, in fact – in 2013, the Bob Carr run sold out faster than you can slam your door on a pair of clean-cut young whiteboys on a hungover Saturday morning. As of press time, there were still seats, but you better get a move on.