This Little Underground: Propagandhi, War on Women, RVIVR @ The Social 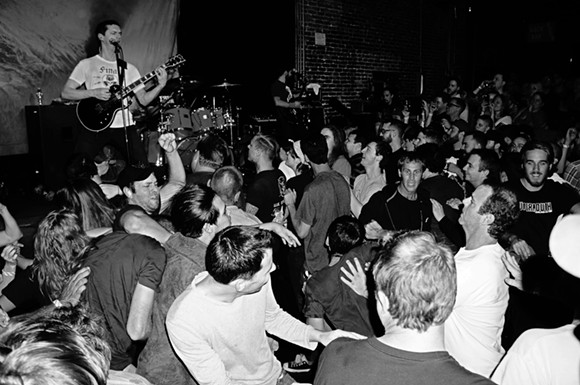 I like my lefty politics as much as the next pinko, and can appreciate the stands of Canadian hard-left provocateurs Propagandhi (Jan. 2, The Social). But as for their boxy, conventional music, I can take it or leave it. All their personality, it seems, is reserved primarily for their rhetoric. I just wonder if they’d have such a devout following if they sang about cats. Actually, they’d be fucking Internet sensations, which is not so punk. But you know what I mean. Their show, however, with all the physical passion they incite, is a worthwhile physical experience.

Now if Propagandhi could match the power of their music to the power of their beliefs, they might be somewhere near the rapidly, rightfully rising War on Women, who kickstarted the night. In case you couldn't divine from their moniker, this co-ed Baltimore hardcore band is founded on a hard feminist edge, and their challenging point of view is as topical now as ever in the global discourse. But instead of a total pill, they deliver the fist-pounding message with equal force in rock and showmanship. The result in sound and sight is a diving intensity that’s raw, dynamic and unchained. 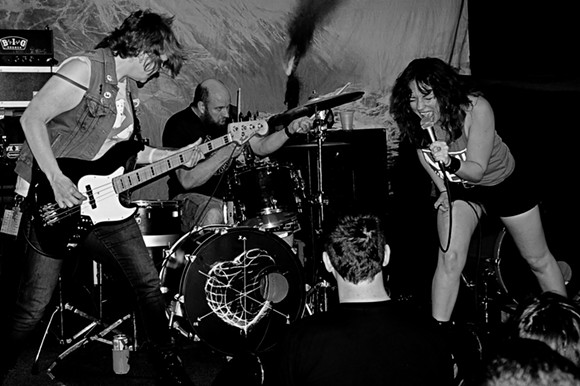 Though you should, even if you don’t care that much about their politics, they’ll still rock your face off. This is music, after all. If message is all you require, go read an essay. But if you like both – hard and straight-up – dig into War on Women. When vocalist Shawna Potter coos “take me, take me” and then suddenly roars “take me SERIOUSLY,” it’s impossible to not feel the power. 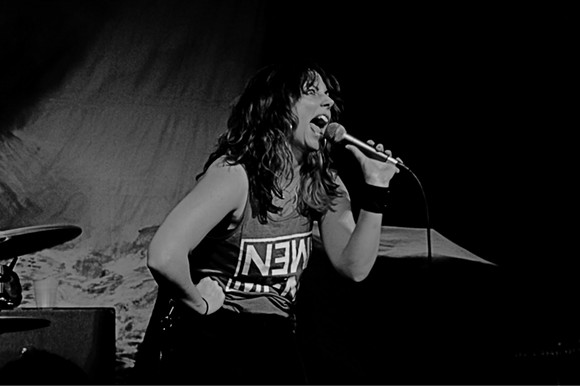 War on Women are about to release a new J. Robbins-produced debut LP on Bridge Nine Records (self-titled, Feb 10) and it’s searing so look out for that.

Rounding out the bill was Washington State’s RVIVR, who fall on the good side of pop-punk alongside bands like Iron Chic. Their sound is a ‘90s kind of melodic with just enough noise to bite. Their songs bounce with scruff and scrap, sometimes barely holding on, but they hit all the right notes.