January 07, 2015 at 1:43 PM
comment
The final curtain rang down on Theatre Downtown’s home late last month. After 25 years at the corner of Orange and Princeton, the community company closed their annual Christmas Carol on Dec. 23, then took a final bow with a pair of emotional, elegiac “Encore” concerts organized by Jay Levy on the 27th and 28th. Evicting landlord Florida Hospital was lambasted in a Little Shop parody rewritten by Natalie Doliner, OW’s own Adam McCabe belted Frank N. Furter’s “I’m Going Home” sans amplification, and everyone cried during the finale of “For Now” from Avenue Q. Theatre Downtown will be a “gypsy” company for now, and will present at the 2015 Fringe; as producer Frank Hilgenberg vowed, this is the end of “a building, not a theater.”

Frank Hilgenberg gives his final curtain speech in the building. 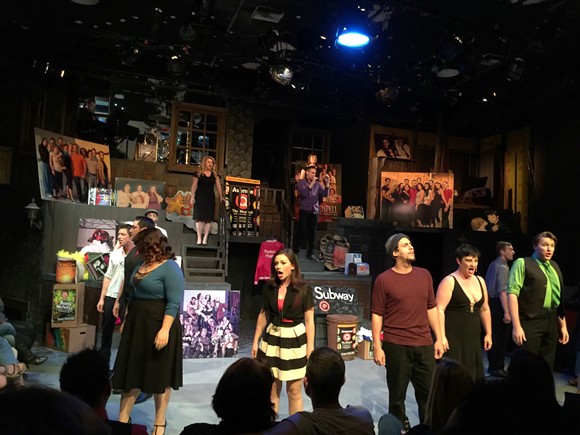 "Listen to Jesus Jimmy" from Reefer Madness, with Adam DelMedico as the shirtless savior.

"For Now" finale from Avenue Q.

Frank Hilgenberg and the Theatre Downtown cast and crew say their final farewells.