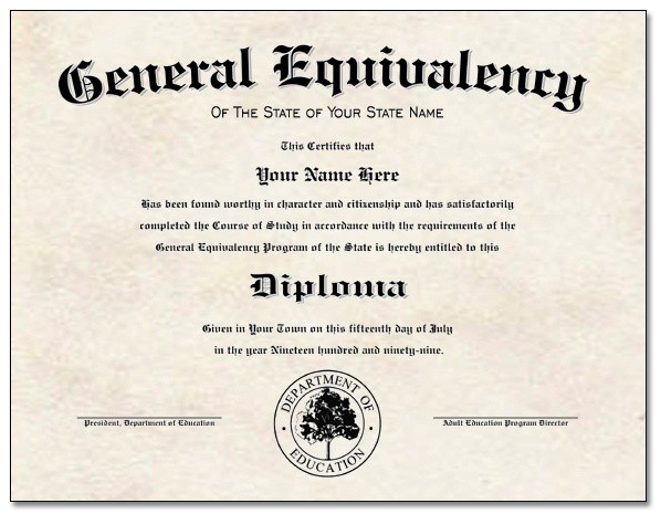 In this week's cover story, we tell you about how changes made to the GED (general equivalency diploma) test have resulted in a significant drop in the number of people who passed the exam in 2014. In 2013, approximately 540,000 people earned a GED; in 2014, that number dropped to 55,000.

The changes have left some adult learners behind, and writer Daniel McGraw is not the only one sounding the alarm about the implications of making the GED – a piece of paper required to get nearly any type of job in the United States, if you haven't earned at least a high school diploma – so difficult that many people who've been preparing for it are not likely to pass it if they aren't intimately familiar with the new "Common Core" educational standards. Here is some additional reading on the changes to the GED.

Washington Post, "Changes in GED test make it harder for adults to get high school credential needed for jobs," March 29, 2014:

“They both moved the goal posts back and moved the crossbar higher,” said Deborah Bloch, a volunteer math teacher at Academy of Hope.

The test also costs more, partly because a for-profit company is helping to administer it.

The changes have created headaches for the underfunded, nonprofit schools and other groups that prepare students for the GED. It’s going to take longer to teach the average adult student to pass the new test. Many already need two years.

In her 15 years teaching GED prep classes, Davis never needed to teach such a high a level of math. Now, she not only needs to rewrite her curriculum to better prepare her students — she also has to brush up on her own skills.

"It's math that I have to re-teach myself," Davis said. "It went to a much higher level. It's hard."


This week, Gwen Ifill tackled the subject for PBS. In transcript posted to PBS.org on Jan. 6, 2015, "Is the new GED test an education improvement or setback?" Ifill talks to Randy Trask of the GED Testing Service and Lecester Johnson of the Academy of Hope about what's good and what's bad about the new GED:

"It’s much harder for people to pass it. … And one of our biggest concerns with the exam is that we pushed the bar up on the GED, but we didn’t shore up the system where adults are taking classes to study for that exam." – Lecester Johnson


In "Common Core Ruins the Lives of Poor, Unskilled Americans by Making GED Needlessly Complex," Jan. 5, 2014, the Daily Caller education editor Eric Owens talks about how the for-profit education company, Pearson, changed the test dramatically. Says Owens, "Many GED takers are middle-aged and dropped out of school decades before Common Core was even a twinkle in Bill Gates’ eye."

What does the GED Testing Service, which administers the test, have to say about its decision to overhaul the GED for 2014? In 2013, GED Testing Service vice president tried to "set the record straight" about media coverage of the changes. Among the things she says in defending the new test: That most states were already offering test on computers before 2014 and students were doing just fine with that, and that "notably absent" from the voices discussing GED success metrics were colleges and employers who want better prepared job candidates.


Some states, including New York, have not been happy about the higher costs and more challenging tests presented by the GED Testing Service and have decided to go with an alternate version of the exam administered by education publisher McGraw Hill. Wall Street Journal, "McGraw-Hill to provide GED replacement for New York," March 7, 2013

New York state has awarded an $8.4 million, three-year contract to a unit of McGraw-Hill Cos. to create an exam that will replace the GED as the state’s main high-school equivalency test.

In May 2013, Insiderhighered.com also explored how frustration about how the GED Testing Service was handling the test has led to several states providing alternative versions of the GED for residents.

Not everybody is feeling so gloomy about the new test, however. The Athens Banner Herald in Athens, Georgia reported last week that its education department believes that the number of people passing the GED will bounce back once adult learners catch up with the new standards. In 2014 in Georgia, 2,270 people passed the GED, compared to 22,178 in 2013.