This Little Underground: Charles Bradley & His Extraordinaires at Crowbar 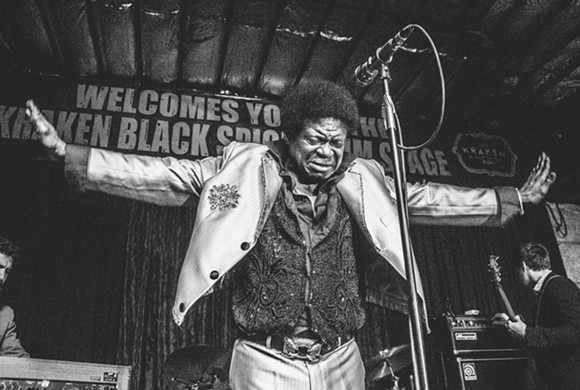 You can’t always wait for shows to come to you. Sometimes you have to travel for them. Every serious music fan knows this. The latest big-deal concert for me was Charles Bradley (Jan. 4, Crowbar), whose touring I’ve been tracking for any chance to feel his burn in person ever since his late-start career first sparked nationally in 2011. So, Ybor City, here I come.

Orlando rock & roll sparkplugs the Woolly Bushmen repped hard and got the fire started as direct support. But this night was all about Charles Bradley. Even with a grand seven-piece band behind him, he is a one-man supernova. As true of a James Brown disciple as they come, he came into his own career by impersonating the Godfather himself, and there is probably no closer living channeling of that tough electricity than Bradley. But as his two incredible albums prove, Charles Bradley is his own man.

As soon as he opened his mouth, that was it. His voice – forged hard and perfected by fire – is already transfixing on tape. But in person, it’s all-consuming. In fact, I can’t recall the last time a voice and presence owned me so completely live. It was like some lost bottle of truth only heard about in lore was uncorked. It’s pure, raw power. But it’s more than just natural-born faculty and sweet patina. The ache and desperation that wills it and cuts into you – that’s what certifies it. This man’s seen and lived through some shit, and you can hear every heartbreak. When he sings, “This whole world is going up in flames,” you feel the inferno. 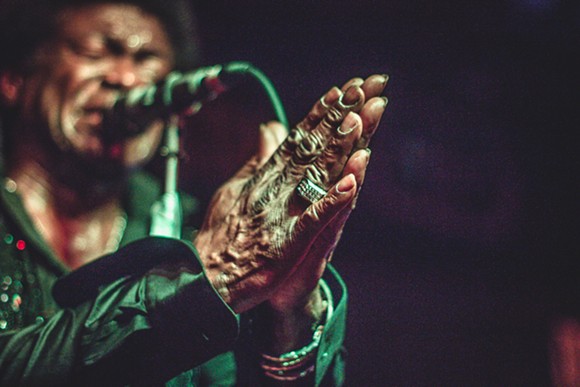 Moreover, even at the age of 66, he performs like his life is on the line that night. And for all meaningful purposes, it is. Even though his dream is now finally coming true, he, of all people, knows it’s anything but guaranteed. So he gives it all he’s got. In his case, that’s a whole lot. 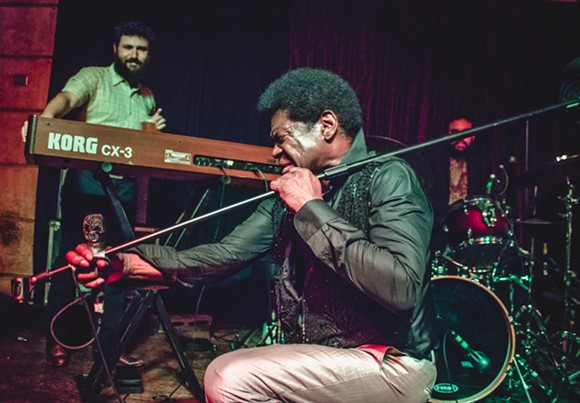 As part of the mighty Daptone tide that lifted some of this generation’s greatest neoclassic soul voices like Sharon Jones, Bradley is a great story, one that’s already gotten the documentary treatment (Soul of America). After a lifetime of paying dues, a deserving man got his star, and he lit up the world around him.

When you tally up all those forces, that’s a big storm funneled into one man, and it’s what made the show pure levitation. The adoration and movement of this packed house testified to that.