Worth the Drive: The Both at Ponte Vedra Concert Hall

This Friday, Jan. 16, is a pretty stacked day for fans of music in Central Florida. Here in Orlando, there's Of Montreal at the Social (we caught up with Kevin Barnes when the band was here in May and loved their big show in the intimate room) and Giraffage at Bullitt Bar with Spazzkid (Giraffage completely impressed our live critic at Backbooth last April, and Spazzkid levitated beyond buzz at Peacock Room last July). Then there's Ex Hex and King Tuff in Tampa at Crowbar (don't miss out on Jensen Serf Co. if that's the show you hit this week, their live show is rad support on any bill).

But for anyone who loves either Ted Leo or Aimee Mann (or both!), the biggest draw this week might pull you east to Ponte Vedra Concert Hall to see their excellent collaborative project, the Both (7 p.m. Friday, Jan. 16). If you've never been to Ponte Vedra, it's a small beach town two hours northeast between St. Augustine and Jacksonville. The drive, in my experience, goes quickly and is scenic. The venue itself is lovely, with a big open room with great sound that might be most comparable locally to the Plaza Live. 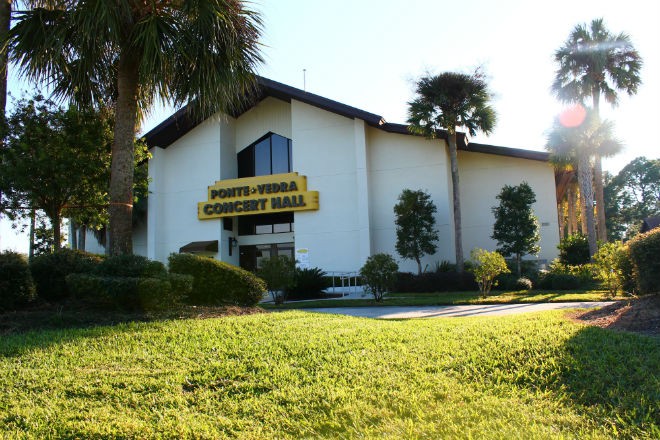 The Both has released one album so far, a self-titled release from April 2014, including the catchy tracks "Milwaukee" and "Volunteers of America" and the unavoidable swoon of "No Sir" and "Hummingbird." The combination of Leo's furious pop energy with Mann's unique vocal forges an upbeat, rocking force that's certain to be stunning live. (On a personal note, Ted Leo has long been one of my favorite artists to see live and I had the treat of catching a solo acoustic show in Austin in November where he unleashed a ton of new, unreleased material I seriously hope comes to light in the form of a new record soon.) Stream the full album now while weighing all your options on this #blessed Friday.