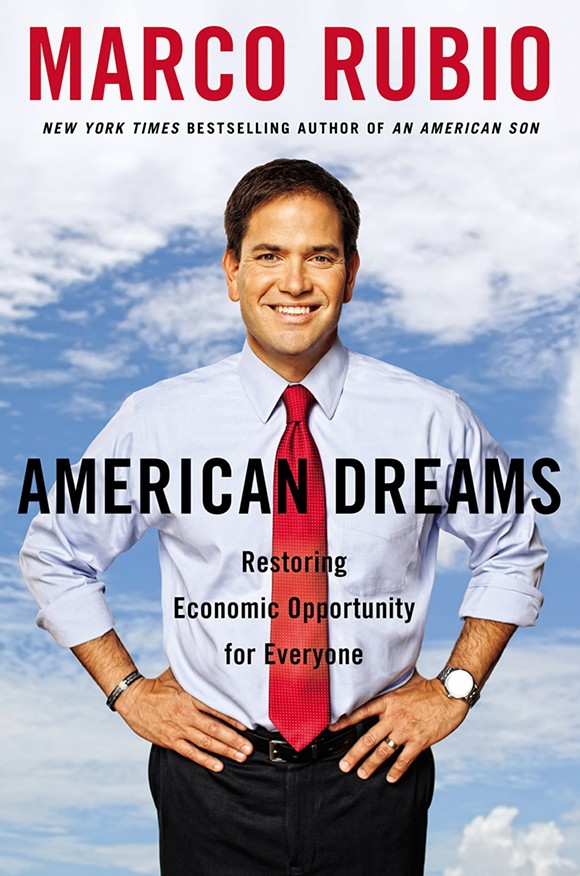 Though we may all be growing a little weary of the "#floridaman" schtick, mostly because it's become a sort of external hard drive of depression that blips and bleeps all night so that we cannot possibly sleep with ourselves or anyone else, Jon Stewart pulled out the trusty old trope last night to hilarious ends. The best part of Stewart's nine-minute tirade on a state that "just dangles there," was that it was effectively a lead-in to an interview with book-hawking bucket of ridicule Sen. Marco Rubio, but more on that in a second. First, Stewart took on the refusal of Duval County clerks (among others) to perform courthouse weddings in the wake of last week's historic gay marriage rulings. You know, because they didn't choose to be bigoted court clerks, they were born that way. Somewhat hilariously – and not really addressed on the program – is that Rubio is a fucking idiot on the issue of gay marriage, tilting toward a base that tilts toward the burning crosses. After the expected parade of atrocities that make Florida a scary place – lizard slappings, cockroach eatings, ZIMMERMAN-INGS – Rubio showed up and try to play the goofy nice guy, allowing that his book cover was Photoshopped to make him look "fit" and joking that he hadn't eaten any cockroaches lately. Prove it.

At any rate, the real meat of the Rubio sit-down is worth watching all the way through (linked here). Stewart backs the hapless hamster into his tea party corner at least twice on the issue of government intervention (Rubio wants to bring some Reagan-style trickle down back into alleged laissez-faire fare), and presses the senator further on issues of minimum wage and income disparity. Also, when Rubio tries to play down the middle, Stewart kicks the ball out of his hands. Fun stuff.