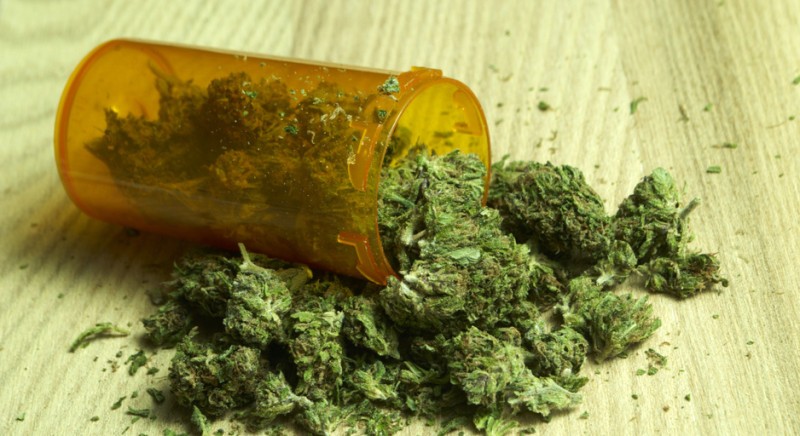 image via  Science Times
So, we're all aware that the campaign for legalized medical marijuana – the kind that actually does treat pain and have THC – has relaunched after a promising showing in the 2014 election cycle (thanks John Morgan!). In fact, a new petition campaign has already been started and Morgan is claiming openly that he might have made some mistakes the first go 'round. Bully on him! 2016 is going to be so much easier, really. Tweaking is always a good thing.

At any rate, the hilariously ostentatious High Times (yeah, we read it for the articles) has just released its list of the eight states most likely to legalize weed, and, no surprise here, Florida is on it. So says High Times, clearly not high:

"Without a doubt, the results of the November election taught bloody knuckled pot supporters a valuable lesson: that as long as the federal government continues to allow individual states to legalize marijuana, citizens will show up to the polls to castrate those rotten pigs still enforcing outdated pot laws in their neck of the woods. This sentiment was made overwhelmingly clear in Alaska, Oregon, and the District of Columbia where the people decided to stand up and join the progressive ranks of our nation’s forefathers of legal weed, Colorado and Washington state.

On the coattails of victory, advocates are now greasing up the opposition for a full on backbiting attack in 2016, where they plan to put Uncle Sam face down in the shallow end of the prohibitionary cesspool that has been producing societal stench since the 1930s. Although it is still too early to determine who will be next to legalize marijuana, drug policy experts maintain that it is going to take much more support on a statewide level to force the government to change its policy." ...

Here is High Times' rundown of the states about to smile a little wider:

California: The Godfather of the medical marijuana program is poised to legalize weed for recreational purposes in 2016 with the help of the Marijuana Policy Project.

Florida: Amendment 2 missed during the 2014 general election, but the movement is expected to come back strong.

Maine: Measures to decriminalize marijuana have been successful in recent years, and supporters believe the state could be the next to legalize a recreational market.

Massachusetts: Supporters are currently drafting an initiative in which they plan to launch just in case lawmakers do not make an effort to legalize in 2016.

Michigan: With efforts to decriminalize wildly successful, some believe the state could be the first in the Midwest to establish a recreational pot market.

Minnesota: Although the state has one of the most restrictive medical marijuana programs in the country, supporters predict changes will be introduced in the coming years.

New Mexico: Support for decriminalization has been strong, and the issue of a tax and regulated pot market is expected to go before state lawmakers in 2015.

New York: Governor Cuomo signed the Compassionate Care Act earlier this year, and New York City has officially decriminalized less than 25 grams of marijuana. Recreational weed could be around the corner.