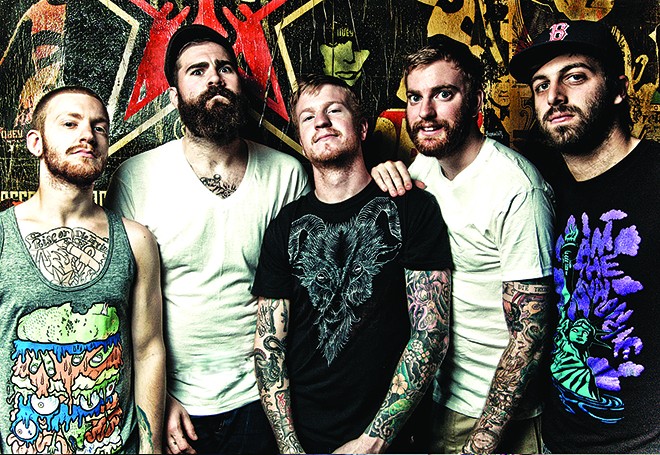 Post-hardcore Massachusetts outfit Four Year Strong started charting in 2007 when they released Rise or Die Trying. They followed that up with an album of covers, pulling in notable guests from bands like Gym Class Heroes and Less Than Jake. They got scooped up by Universal/Motown (but left the label in 2012), gaining even more footing in the pop-punk arena through multiple Warped Tour performances. Last year, Four Year Strong released a long-awaited EP, Go Down in History, and they’re set to release their first LP in nearly four years in 2015, so Orlando might be treated to previews of new material, if we’re lucky. For superfans, there are different ticket packages you might want to check out to access an all-request acoustic soundcheck ($40) or get a private 30-minute guitar lesson from Dan O’Connor or Alan Day ($65), plus extra goodies like a signed silkscreened tour poster.