Best typo ever: "In Dog we trust" printed on Pinellas County Sheriff's rugs 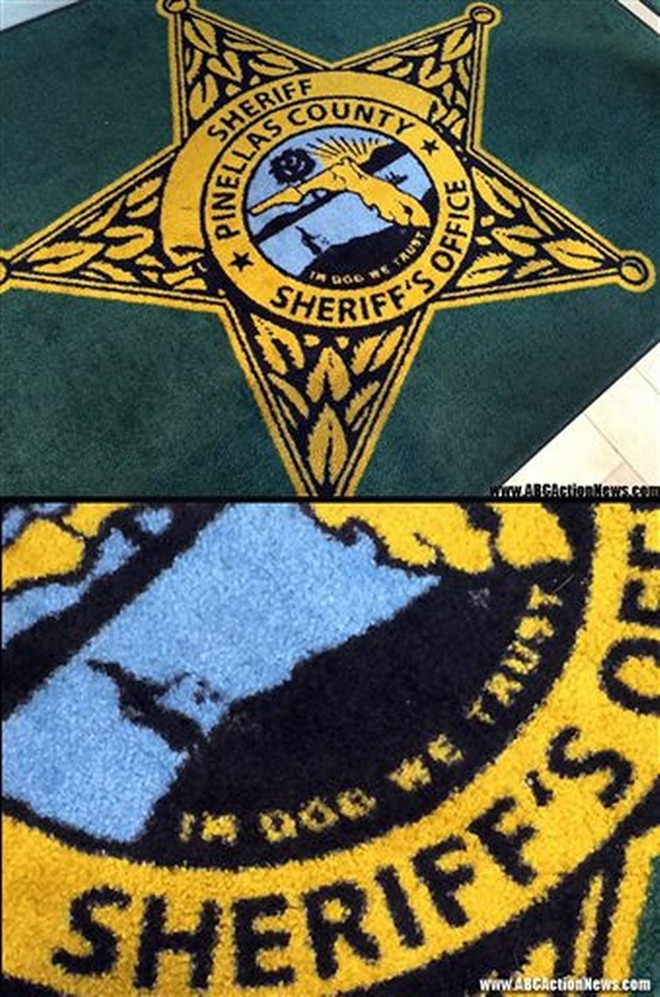 The best part of the story making the rounds today about the fact that the Pinellas County Sheriff's Office ordered rugs that accidentally included the typo "In Dog we trust" (for you heathens, it's supposed to say "In God we trust") is not the typo itself. The best part is that nobody noticed. For weeks.

The rug, which cost $500 (which, by the way, is a lot of money for a glorified doormat, so now you know where your tax dollars are going, Pinellas County taxpayers), was made by American Floor Mats, which says it's going to send a replacement.