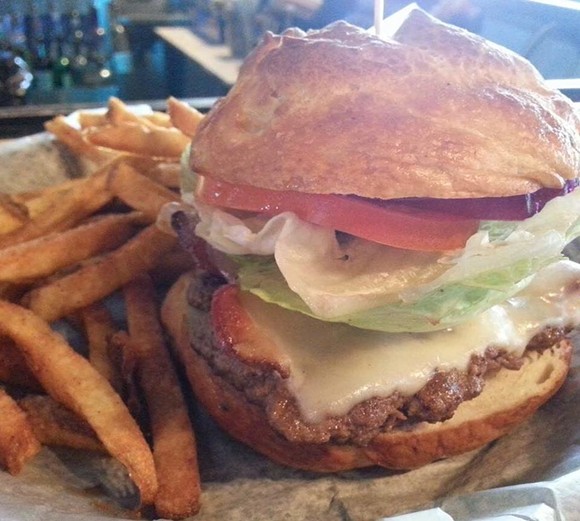 Broken Strings Brewery won’t be opening in Ivanhoe Village after all. According to a post on Broken Strings’ Facebook page, the landlord of the former ROH Construction space on Virginia Drive didn’t make the necessary building improvements on time, and so they had to pull out. They still hope to find a location in the neighborhood, though. We say: How about the recently vacated Elliott’s Public House space?

Cricketers Arms Pub on Sand Lake Road is closing to make room for a new whiskey bar named, simply, "the Whiskey." (Appropriately, the new bar will have more than 300 whiskeys on hand.) This weekend Friday, Jan.16-Sunday, Jan.18, is Cricketers "End of an Era" last hurrah with drink specials and memorabilia giveaways.

Looks like Ashley Dishman's plans have changed. The former Bar-BQ-Bar owner taking over the old Peacock Room space on Mills Avenue had told us that she and her partners would take over the former Tony’s Deli space next door; now we hear chef John Calloway will open Black Rooster Tacos there instead. More tacos in Mills 50!

Also in Mills 50: Segafredo Zanetti Café in Mills Park has opened — the sleek espresso bar brings a bit of South Beach glam to the necessary business of caffeination.

Le Triomphe, a small French café, has taken over the space once occupied by Dylan’s Deli in Winter Park.

Graffiti Junktion continues to dominate: In addition to their six restaurants already open, the burger chainlet plans to take over the former Café Red space on Church Street. (Café Red was, in fact, a concept developed by Graffiti Junktion owner Greg Peters.) They also plan to open a Dr. Phillips outlet in the former Memories of India space in Bayhill Plaza. In the same plaza, Fresco Cucina Italiana has moved to the other side of the parking lot, next to Gold’s Gym.

Closings: Beer & Burger joint, which replaced Daunte Culpepper’s eponymous joint near UCF, has closed in even less time than Culpepper's managed to stick around. And to the dismay of anyone who needed great Mexican food after 2 a.m., California Burrito Express on Colonial Drive has closed after years of service.