Stepping out from noted Connecticut noisemakers Magik Markers, Elisa Ambrogio has been making some noise of her own recently since the release of her solo debut LP, The Immoralist, on Drag City. Down here on her first Florida tour (Jan. 13, Will’s Pub), she was accompanied by Virginia’s Nathan Bowles on drums. On guitar, Ambrogio is a master of mood and sonic suggestion. Her work with texture and mystique is enough to carry a room even with such a basic live arrangement.

Little in Ambrogio’s career so far suggests a propensity for predictability or neatly resolved musical ideas, but her solo work deals in the kind of pop subversion born of the friction between soft vulnerability and druggy atmospherics. Even with her occasional lack of definition, her acumen and heavy hand in crafting palpable ambiance have the ability to powerfully resolve all.

Before Ambrogio, Nathan Bowles did his own performance, an arresting one. With folk credentials in acts like Pelt and Black Twig Pickers, Bowles couldn’t come from a more different world. His skilled banjo artistry isn’t the stuff of novelty or cliché. Merging Appalachian sounds with elements of drone, it’s the kind of music that mines the essence of heritage, distills it and keeps it from slipping into quaint irrelevance. Bowles honors tradition, but he takes it out of its time capsule and keeps it a breathing, thoughtful art form capable of not just persisting but expanding. 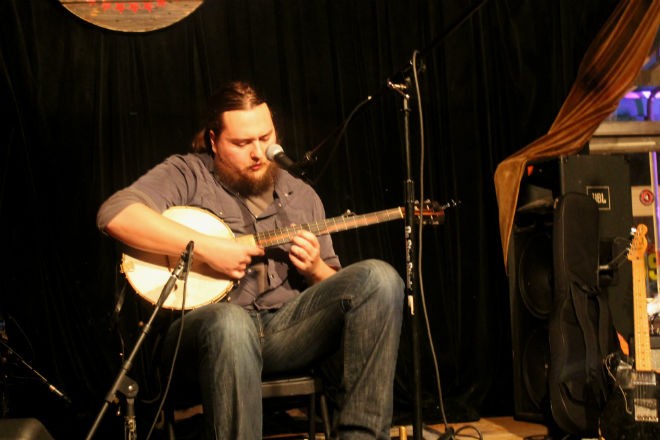