Modest Mouse or the Strokes? Which festival looks cooler, Big Guava or Gasparilla?

Holy cow, Florida just got real serious about this year's big regional music festivals. Gasparilla (March 7-8 in Tampa) stunned Floridians who were still squirming at Modest Mouse's new album news by announcing Modest Mouse as this year's headliner, which puts Brock & Co. center stage not even a week after Strangers to Ourselves drops on March 3. That puts Modest Mouse atop a diverse bill that includes Dale Earnhardt Jr. Jr., Mutemath, Gogol Bordello, Trampled by Turtles, Hiss Golden Messenger and Roadkill Ghost Choir. It's a pretty solid lineup to pirate Orlando audiences away for the weekend (except, of course, those aboard Elton John's good ship who are sticking in town for his March 7 stint at Amway Center).

But then Big Guava tried to steal Gasparilla's thunder with early announcements revealing an incredible lineup for their music festival (May 8-9 in Tampa), which means many music fans may have to make the trek to Tampa twice to double back a few months later and catch the Strokes, Pixies, Ryan Adams, TV on the Radio, Run the Jewels, Jenny Lewis, Death From Above 1979, James Blake, Passion Pit, Hozier and many more. 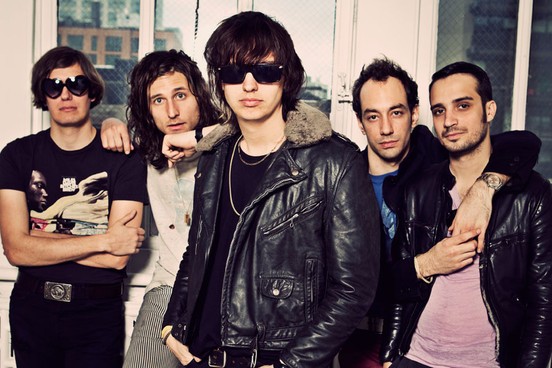 That's a lot to take in for our typically festival-starved state, especially with local Orlando festivals like Ralphfest 4 (Feb. 20-22) and Total Punk Total Fuck Off II (March 27) pulling in awesome underground legends as headliners in the Grifters and Action Swingers, respectively. So far, 2015 is looking real good in Florida, and that's not even including all these other concerts we were already looking forward to.