The state of YOUR union: Family Research Council to argue that the gays just ruined your marriage tonight 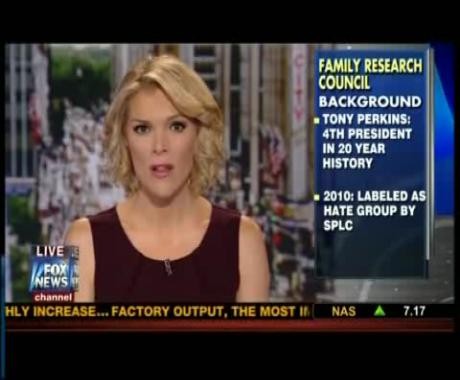 All right, so we've been pretty busy absorbing the same-sex marriage thing into our own existences – seriously, we're getting married on Valentine's Day – but the fact that we continue to allow ourselves to be trolled by the Tea Party and the Family Research Council and various other hate groups makes us think that we're crazy sometimes. As you may well know, tonight, President Barack Obama will give his State of the Union speech on every network that isn't home improvement or historical paranoia. What you might not know, and what we probably shouldn't even point the arrow toward, is that the crazy outliers will be having their own fits on their own internet networks in order to let people know that hate is totally still OK, especially in your failed, fat marriage. (Oooops, too far?). This afternoon, dreamboat Tony Perkins let us know that, while Obama is talking about things that actually happened to make life better when Congress is as good as a cinder block painted with swastikas, the Family Research Council is going to make sure to have its closeted voice heard. DO YOU KNOW WHAT THE QUEERS ARE DOING TO THE SOIL? In the end, we should probably unsubscribe from actual hate groups, but for now, you should know that they exist. Here's the message. Don't watch the video later.

When President Obama addresses Congress and the nation in the State of the Union Address, he'll likely tell the gathered legislators and television cameras that the state of our union is strong. While the extent of America's strength is debatable — depending on who you're talking to — there is no question the American family has always been the backbone that makes this country strong. Strong families make a strong America.

From its headquarters in Washington, D.C., Family Research Council is in a unique position to examine the state of the family in our nation, and tonight, January 19, 2015 at 7:00 p.m. EST FRC President Tony Perkins will deliver a State of the Family Address to the nation.

In attendance will be American families who have experienced firsthand the battles for faith, family and freedom that have been waged in our country. Perkins will examine how the family is doing in the areas of religious freedom, life, and marriage. Please tune in to this unique perspective on the issues facing the family today. Watch live at 7:00 p.m. EST, and on-demand shortly after the event. Follow the discussion on Twitter with #SOTF.