Antique radios, vinyl extravaganzas and more: 6 offbeat Orlando-area music events you should put on your radar 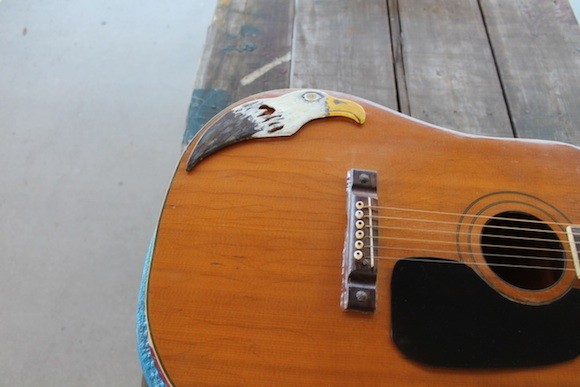 It's easy to track bands coming to town, for the most part, but for Orlando music fans who want to be on top of all the rad stuff in our area (like last week's International Guitar and Music Expo), if you aren't actively looking out for some of these unique events, it's easy to miss out. This weekend, there's the Orlando Music History Merch Swap, for example, a chance to geek out and buy hard-to-find music and merch from mostly defunct but much-loved Orlando bands. To try and help you out in tracking some of these off-the-beaten-path events, I looked down the road at some of the most unusual events cropping up on my calendar. Here are six that really stand out, in date order:

1. Orlando Mixtape Vol. 3: Southern Harmony Concert
7:30 p.m. Thursday, Feb. 5, at the Social, $25-$100
Before you balk at the admission price, let's break this down: For $25, you see a concert of outstanding local musicians like Brian Chodorcoff, Thomas Wynn and Giti Khalsa, taking all your requests and performing only Southern rock songs you want to hear. For $100, they throw in a Southern Harmony Cocktail Tour, where you get bourbon tastings at the Woods, the Courtesy, Olde 64 and Aero, plus admission to the concert. Plus, Orlando Mixtape benefits Urban Think Foundation, which helps keep local organizations like Page 15 and Burrow Press going, so you're doing it to keep culture alive and well in Orlando.

2. Central Florida Radio Exchange
9 a.m.-4 p.m. Friday-Saturday, Feb. 6-7, at Renningers, Mount Dora, free
Geek out over antique radios on display and for sale at the massive outdoor market at Renningers in Mount Dora. It's a drive, but there's always so much to see with the standard vendors, that any excuse to go is a good one, and with experts on site, it could be your chance to get that dusty vintage stereo working again. P.S. This weekend (Jan. 24-25) is the Steampunk Industrial Show, featuring bands on the outdoor stage at Renningers, including the Cog Is Dead, Clockwork Knotwork and Jig to a Milestone.

3. Guitars & Cars
8 a.m. Sunday, Feb. 8, at Renningers, Mount Dora, free
On the second Sunday of every month, musicians get together for a swap meet at Renningers, so if radios aren't your thing, but guitars are, you might want to flag this weekend to get stringed along in Mount Dora. Click here to see photos from last year's February swap meet.

4. Ex-Breathers at Cosmic Vinyl
8 p.m. Sunday, March 1, at Cosmic Vinyl, Titusville, free (but give the guys some gas $$ if you can afford it!)
Park Ave CDs does a lot of instore performances of major national bands and cool locals (like next week's You Blew It! instore), but Cosmic Vinyl does it a little grittier, regularly featuring intense local showcases like this Ex-Breathers instore in March. If you're unfamiliar with Florida hardcore band Ex-Breathers, they admirably shocked the room opening up for Perfect Pussy at Will's Pub to kick off last year (check out photos from that show), and they're finally getting some national recognition since Stereogum premiered their new 7-inch last year. Listen to ExBx now:

5. Little Econ Love Fest
noon-7 p.m. Thursday-Sunday, March 26-29, at Maddox Ranch, Lakeland, $50-$75
Consider me intrigued, checking out photos of Maddox Ranch, it seems like a wild spot for a camp-out music fest that could be worth the hour drive for anyone looking for a weekend getaway, but especially for fans of world-tribal rockers Toubab Krewe, who headline and whose drummer Luke Quaranta will offer a percussion workshop during the festivities. It's hosted by What'sit Records and also features tons of cool Orlando locals like the Mud Flappers, Holy Miss Moley, the Getbye, Lil Econ Boyz, Leisure Chief, the Woolly Bushmen, Yogurt Smoothness and the Welzeins.

6. Record & CD Show
10 a.m.-4 p.m. Sunday, April 12, at Central Florida Fairgrounds, $3
One of my favorite days of the whole entire year, vinyl vendors get together for a massive Record & CD Show, where you can snoop out hard-to-find vinyl, pick up essentials for cheap, meet local dealers who could turn out to be super helpful to you on your vinyl quests and drool over rare memorabilia. (Early bird admission is $10 to get in before the crowds at 7:30 a.m.!)