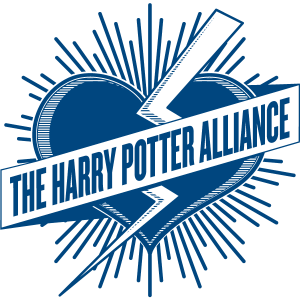 In 2010, a group of socially conscious Harry Potter fans and activists called the Harry Potter Alliance launched a campaign calling on Universal Orlando and Warner Bros. to stop contributing to human trafficking and child slavery. They called their campaign Not in Harry's Name, and they focused their efforts on getting Warner Bros., the studio behind the Harry Potter franchise, to commit to using fair-trade chocolate in the Potter-related parks, rather than chocolate sourced from areas of the world where children as young as 7 are forced to farm cocoa beans in unsafe conditions and sweltering heat. To date, chocolate used at the Wizarding World of Harry Potter (and the rest of Universal, for that matter) comes from the Orlando-Based Behr Chocolates, which received an F grade from human-trafficking watch group Free2Work in 2010 for not being forthcoming about where it purchased its cocoa.

“Albus Dumbledore told the students of Hogwarts that there are times where we must choose between ‘what is right and what is easy.’ Warner Bros. has chosen to do the right thing and Harry Potter fans everywhere should take pride knowing that because of their efforts, the chocolate sourcing for Harry Potter products will match the values of the book series.”

Read more on the story in the Washington Post.