by This week in dumb lists 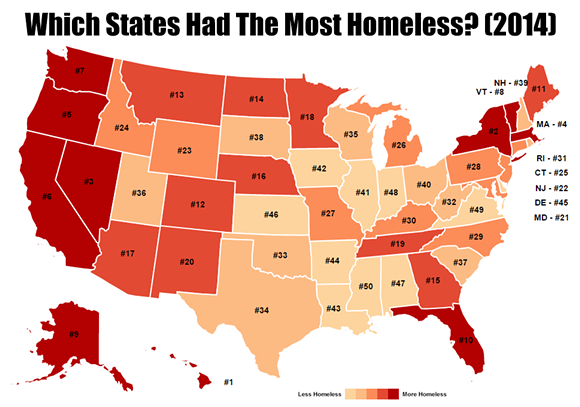 Real estate blog Movoto, which usually churns out Top 10 lists of cities that are the most vain or athletic or whatnot, has posted an interesting interactive map this week that ranks each state in terms of the number of homeless. Hawaii was No. 1 on the list, with 487 homeless individuals for ever 100,000 people in the state. New York came in at No. 2, with 408 homeless per 100,000 residents. Nevada was third, with 372 homeless for every 100,000.

The state with the fewest homeless individuals was Mississippi. For every 100,000 residents of that state, there are just 74 homeless people.