Bungalower (and others) are reporting this week that a statue of a homeless Jesus sleeping on a park bench is being installed in downtown Orlando at the corner of East Jackson Street and Rosalind Avenue. The First Presbyterian Church of Orlando is installing the sculpture near the place where they feed homeless people.

We can't help but point out that the statue is going to be installed in a place where homeless people are generally not allowed to lie down on benches, and just blocks from Lake Eola Park, where these signs are everywhere: 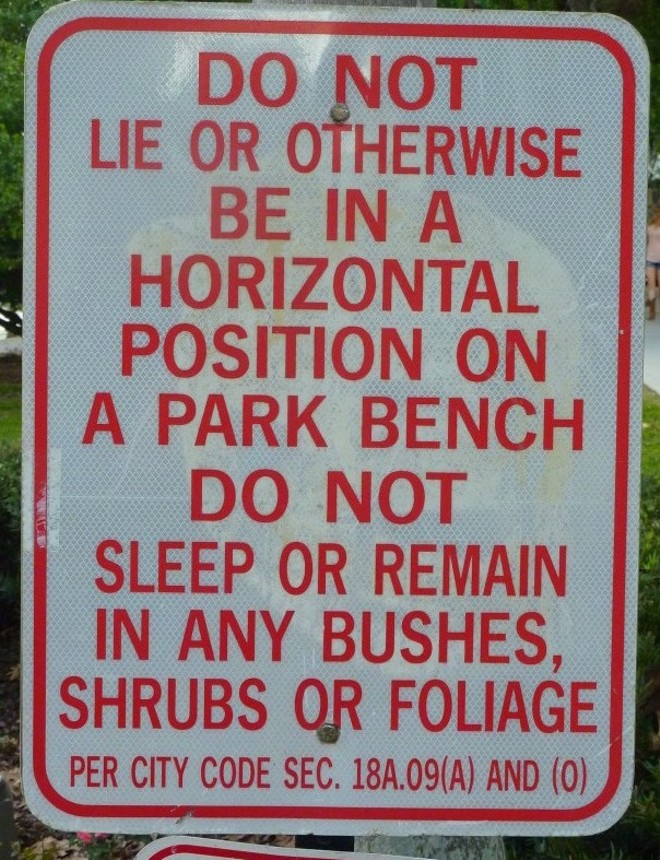 This is not at all the church's fault, of course. But it's still worth pointing out.