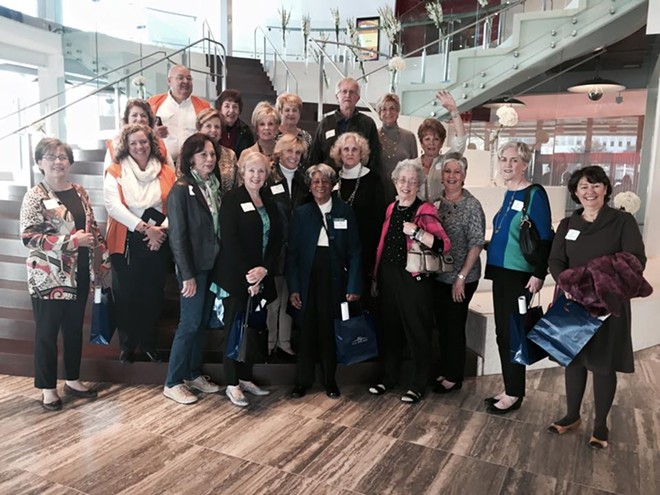 Maybe you've heard a lot about the new Dr. Phillips Center for the Performing Arts, but you missed the public grand opening? Maybe you're planning to attend a show soon, but nothing has grabbed your fancy yet (though, with a wildly varied slate like this, that's hard to imagine)? Or maybe you just want to see the behind-the-scenes spaces that even a ticket won't get you into, like the backstage areas and the private Donors' Room.

Whatever the reason, your nosy nature can now be satisfied, thanks to a partnership between the performing arts center and Fifth Third Bank. The center's Curiosity Tours launched Jan. 31 and will run Saturday mornings at 10:30 a.m. and 10:45 a.m., led by volunteer docents who will tell patrons all about the design and mission of the arts center while leading them through the main theaters and other rooms.

“Guests want to be here and they want to explore,” said Kathy Ramsberger, CEO and president of the Dr. Phillips Center for the Performing Arts. Chip Smallwood, Central Florida Market President of Fifth Third Bank, says, “At Fifth Third Bank, we embrace curiosity. … The Curiosity Tours enable the community to see behind the scenes.”