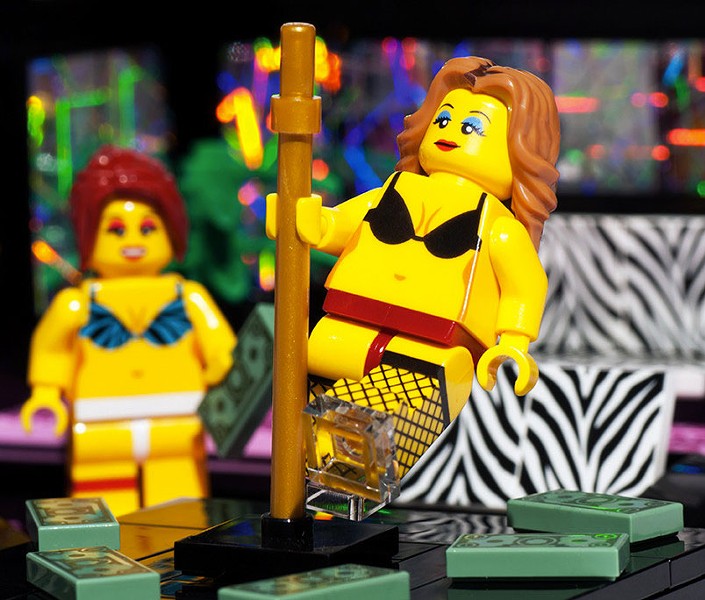 Patrons of strip clubs and adult theaters would have to pay a state surcharge before going in, under a proposal being looked at by state lawmakers who also want to close a tax loophole enjoyed by roll-your-own cigarette shops.

The House Finance & Tax Committee, which is usually more averse to tax hikes, agreed Tuesday to advance separate "sin tax" bills out of the committee.

One measure would impose entry requirements on adult establishments, including a $10 fee on top of any other existing admission charges. Also, it would require the business to keep records of customers.

Both proposals were brought forward after the committee reviewed a couple of issues – reducing a tax on commercial leases and cutting taxes on cell-phone bills and cable television – that could be used to approach Gov. Rick Scott's requested $673 million in tax cuts next year.

No estimates were available on the amount of revenue that could be collected from the two "sin tax" proposals. Many people associate adult entertainment and smoking, along with alcohol and gambling, as forms of vice, and the taxes on them are commonly referred to as “sin taxes."

Committee Chairman Matt Gaetz, R-Fort Walton Beach, said the proposals would discourage people from frequenting the businesses and could reroute revenue to such efforts as helping victims of human trafficking.

"Should the resources that go to rehabilitate victims of human trafficking come from all 19 million Floridians," Gaetz asked, "or should people who frequent adult entertainment establishments, which have become a focal point for that illicit trade, pay a disproportionate share to help rehabilitate victims?"

The proposals have yet to make their way to the Senate. Anticipating opposition because the measures would hit businesses, House Finance & Tax Committee members said they need to carefully define both proposals.

"There are places you have a drink, they are night clubs but classified as adult places because you have to be over 21, and I want to be very clear on the rules," Rogers said.

Rep. Mike Hill, R-Pensacola Beach, said that while he agreed with the adult-entertainment surcharge, he was concerned about individual privacy in requiring the businesses to keep records on customers.

"When else, because you're buying a certain product, you're going to buy a loaf of bread, (and) you have to put your name down?" Hill said.

However, Rep. Charles Van Zant, R-Keystone Heights, said the surcharge should be $10 on night clubs, "where do you not have human nudity," and $25 "on those who do."

Van Zant added that because of connections between adult entertainment and human tracking, the state should collect names.

"Lap dancing is not buying a loaf of bread at a grocery store," Van Zant said.

Meanwhile, Gaetz said closing the loophole on the roll-your-own shops most likely will result in many of those businesses having to shut down.

"Their only secret sauce is the loophole," Gaetz said.

Hill disputed that the loophole gives the shops a competitive advantage.

"We can pass rules, but somebody is going to find a way around it," Hill said. "We might be putting more rules and regulations and burden on people from government than may be necessary."

Gaetz, along with Rep. Ray Rodrigues, R-Estero, and Rep. Jared Moskowitz, D-Coral Springs, traveled to such a shop Monday night just outside Tallahassee.

Moskowitz said they paid $5 to join the club, using fake names that were not checked, and then purchased 191 cigarettes for $21.

A similar number of cigarettes sold at a convenience store in packs and cartoons would be 85 percent more expensive.

"Why is that? It's because this establishment doesn't have to pay the taxes," Moskowitz said.

Roll-your-own shops typically use pipe tobacco and a machine that will roll the individual cigarettes, which Rodrigues said makes a mockery of customers actually rolling their own cigarettes.

"The only contribution I made to the process was I caught the cigarettes as they came out of the machine and put them in to the box they provided," said Rodrigues.

"It looks no different to me than a regular cigarette other than it is not branded obviously with a regular brand," he said. "Everything else appears to be very similar to what you would expect to get when you purchase from a store that has purchased it from a manufacturer that is paying the tax."