For Orlandoans, Asian-Americans, and hip-hop heads, “Fresh off the Boat” is a giant step 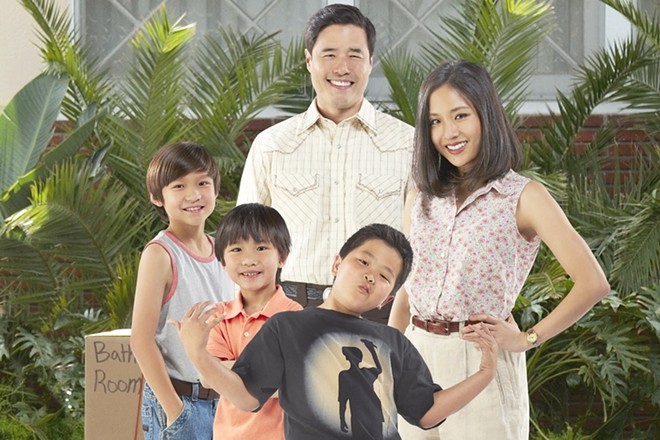 “When you live in a Lunchables world, it isn’t always easy being homemade Chinese food. This also makes you special. My family was going to make our place in Orlando, and we’re going to do it our way. Because you don’t have to pretend to be someone else in order to belong.”

These are the closing lines of the first episode of Fresh off the Boat, which premiered Wednesday on ABC. Spoken by executive producer and author of the memoir Fresh off the Boat Eddie Huang, these lines serve almost as a mission statement for what's to come. “If America embraces it, the ringing in our ears won't be a gong; it will be an alarm bell, telling the world that our time has finally arrived,” says journalist Jeff Yang, father of Hudson Yang, who plays the lead role of 11-year-old Eddie Huang in the show.

Well, consider that alarm to be ringing. After trending on Twitter for more than four hours, the first Asian-American starring cast on network television in more than 20 years generated 8 million viewers and ranked the ABC channel at No. 3 most viewed on Wednesday evening. However, this is not beginner's luck. Credit the premiere’s success to its genuine, authentic roots and its in-your-face approach to dominant culture. Reclaiming the slur "fresh off the boat" or FOB, often lobbed at new immigrants by those who've already settled into American culture, is just the first step.

Not only does Fresh off the Boat spotlight the Asian-American experience, it's monumental for hip-hop culture. A soundtrack loaded with hip-hop classics, legends such as Notorious B.I.G & Nas on young Eddie’s T-shirts, and hip-hop slang done right (so rare) throughout the script – all of it brings a fresh eye to a subculture that's usually lampooned or dismissed, treated like a criminal prerequisite, and almost never gets the references right.

All of this in a major network sitcom, based in our hometown of Orlando! Right in the opening scene, Huang is repping our city, sporting 1995 Magic gear (the year we first made it to the NBA finals). A national view of our city not based on Disney or some insane "Florida Man" news story? I’ll take it. 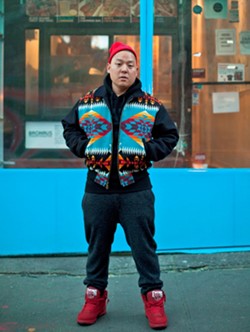 Throughout the sitcom-ization process, Huang made it known that he thought parts of the show were compromised from his original book, dumbed down and made easy to swallow for the unfamiliar American viewer. That's partly true, but the show has taken significant steps in the right direction – and don't imagine that it wasn't Huang hounding them all the way to use the right T-shirt, the right song, the right stinky Chinese lunch.

As a kid who grew up in Orlando begging my mom for Lunchables instead of rice and beans for lunch and obsessed with hip-hop culture, I can relate to young Eddie. My parents brought us here from the tight-knit Puerto Rican community (having moved from P.R. not so long before that). Orlando’s public schools can be akin to sailing on rocky waters for kids, especially when you realize you’re different. Before you learn to use being different as a source of confidence, being different gets awkward. You love your family and culture, but what you’re accustomed to is no longer the norm. As Eddie experiences, explaining this to your parents is tough, and you can get lost in translation wanting to adapt. Seriously, there were lines in the show that made me turn to my family and say, “I can’t believe this is on ABC! This is great. This is important.”

Needless to say I’m excited to see the growth and direction FOB will take, and hope it continues its push to break through the bamboo ceiling. One small step for Orlando, one giant leap for the Asian-American culture. Post-premiere, catch Fresh off the Boat on ABC Tuesdays at 8 p.m. — if it stays as good as the first two, we'll be recapping weekly.