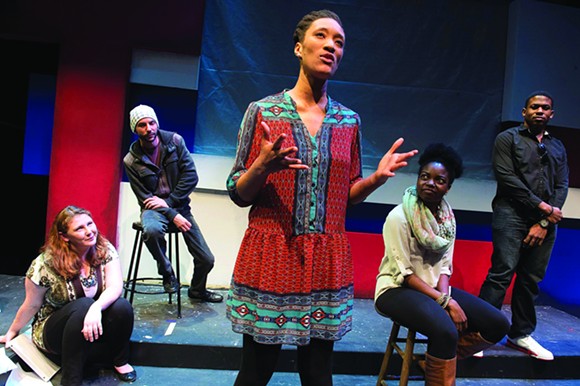 The past few years will be noted in history books for unjust occurrences taking place right in Central Florida’s backyard, as the unfortunate deaths of Trayvon Martin in Sanford and Jordan Davis in Jacksonville awoke a nation. Valencia College’s theater program has written a new docudrama titled Division: The Trayvon/Jordan Project, one piece of a three-part project. Students spent a year conducting more than 100 hours of interviews with individuals close to the two tragedies and collecting photos from trials, marches and protests, and subsequently, the emotional impact of Division looks to be heavy. Arrive early and take in Lost Sons of America in the Anita S. Wooten Gallery, an exhibit that digs deeper into the photo archives of the events surrounding the deaths of Trayvon Martin, Jordan Davis and Ferguson, Missouri’s Michael Brown.