This Little Underground: Glen Hansard at the Beacham 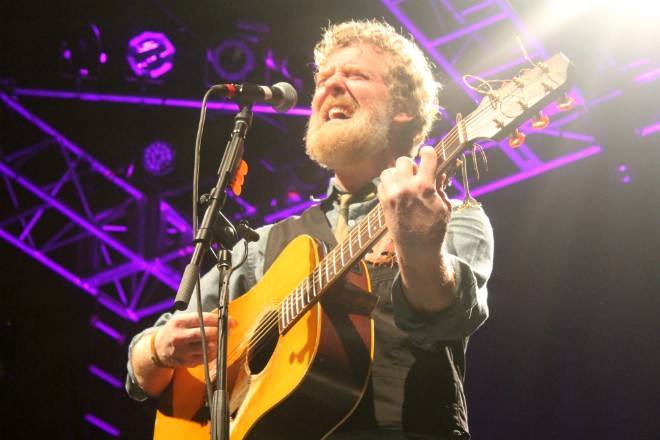 With all due respect and apology to Glen Hansard but it was neither his longtime work in the Frames nor in the Swell Season but rather some work that won’t fully see public light until next month that drew me to his recent Orlando show (Feb. 6, The Beacham). On Mar. 17, Hansard will release a Jason Molina/Songs: Ohia tribute EP (It Was Triumph We Once Proposed… Songs of Jason Molina) and I was hoping to get a live peep of material like this beautiful cover of Songs: Ohia's "Being In Love":

Ain't gonna lie, the bigger Molina fan in me was certainly bummed. But it’s hard to say a generous, career-spanning set like this was a disappointment. Hansard’s folk-pop very often lands on the soft terrain of adult-alternative. But instead of getting too lost in schmaltz, the stout but tender Irish heart in his music is a dance of soul and fire. Moreover, he’s a performer of rare involvement.

Hansard is so clearly a skilled, powerful singer. But for a guy whose voice can so easily command a large room, he’s very sharing with the spotlight, and it turned the show into a night of exceptional connection. For “Her Mercy,” he assembled a backup six-piece chorus plucked from the audience on the spot. When one of the ladies stepped up and just owned the mic, it brought the packed house down. She was such a hit that Hansard immediately brought her back out alone to duet on “Say It to Me Now” completely unplugged, bringing the big crowded room back under his spell. While he had a worthy female partner already up there, he just kept her on to help him with the Swell Season’s “Falling Slowly.” Nice work, Victoria. 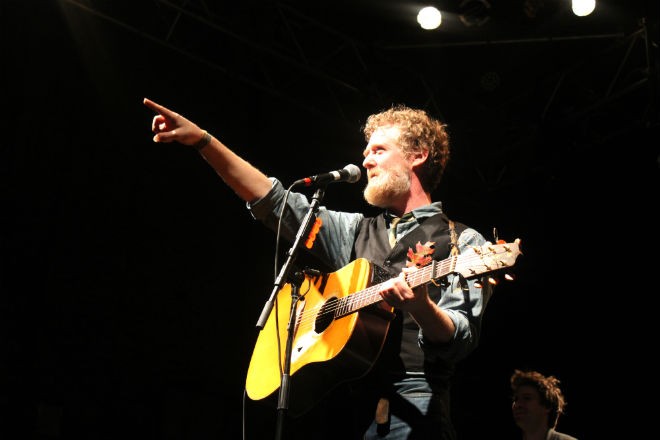 In addition to that audience chorus, he used the finale to get openers the Lost Brothers, each of his band members, his guitar tech and even some rando in the middle of the crowd to belt it out in turns.

No, we didn’t get much in the way of the dearly departed Jason Molina, something Hansard could’ve easily pulled off with the grip he had on this audience. But we did get a robust, in-the-moment performance that even a jilted Molina fan can’t complain about. 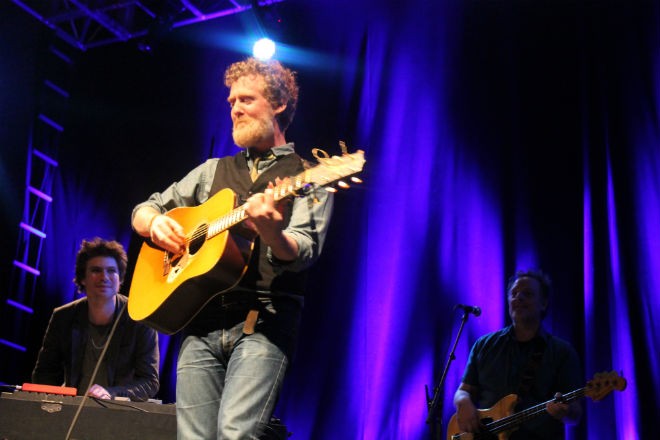