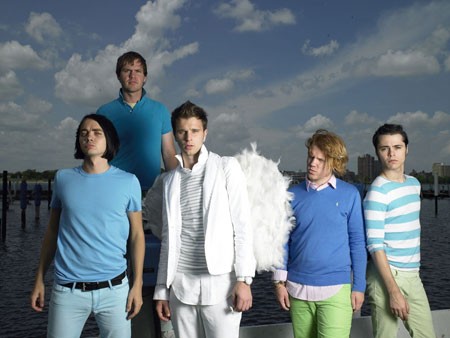 Despite some dubious beginnings, Detroit musician Christian Berishaj may finally be on his most serious – and most able to be taken seriously – project yet. After some years in the biz doing toolish pop stints as Love Arcade and Christian TV, he’s now rising up in the deeper alternative R&B tide as JMSN (pronounced like the whiskey), appearing in guest spots alongside the likes of Kendrick Lamar. In fact, unlike his early commercial-leaning iterations, it looks like he’s approaching things from a completely different angle this time. That’s a good thing, and the results show.

For a smooth R&B icon, this cat’s got zero dressing room needs, looking instead like he just tumbled out of a grimy tour van and directly onto the stage. At his Orlando debut (Feb. 8, Backbooth), he rocked it in shorts, beard and a greasy Jesus mane. But don’t get thrown by the grungy image. Like some sort of anti-Timberlake, this guy can lay down that white silk. He’s armed with a stylish, airy, falsetto-kissed croon that can wring out the soul without oozing into parody.

Musically, his modern, minimal production is suspended in outer orbit. But in concert, he came packing a real rhythm section that gave his atmospheric sound some nice kick and bite live. When Berishaj finally picked up a guitar, they were officially a full, live R&B band.

Tasteful music and creamy vocal curves like his add up to an impressive sum. But even more than that, his performance felt remarkably natural for someone who’s a relative new jack to R&B. JMSN’s looking pretty legit, and from the size and feel of this crowd, word is getting out.