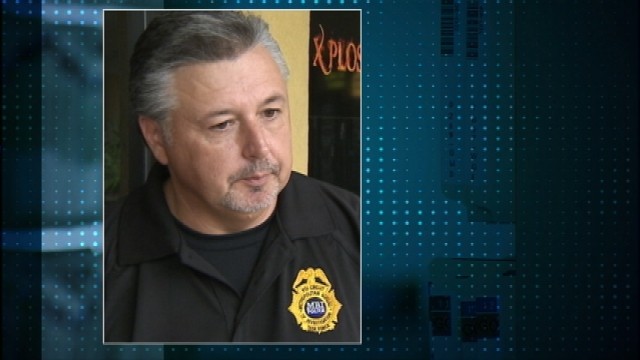 In mid-January, a high-profile officer with the Orlando Police Department who worked with the Metropolitan Bureau of Investigation announced that he'd be retiring from the department effective Feb. 1. Lt. Samuel Riggi's resignation, it was revealed, came at a time when he was also under internal investigation for allegedly violating "policy and procedures." When WFTV reported on his resignation on Jan. 19, it wasn't clear what policies and procedures he was being accused of violating.

Today, the Orlando Police Department released a redacted report from the Florida Department of Law Enforcement (which ultimately determined that "there was no criminal misconduct," according to the OPD) that lays out the claims being made against Riggi. And it's ... interesting. It summarizes the story of a local prostitute (name redacted) who claimed she was paying a "higher up" MBI agent to protect her from being arrested for prostitution related to a massage parlor she owned called Downtown Spa. According to the report, she claims that Lt. Riggi was spending time with her, having sex with her and while he never paid her for her services, she actually paid him (more than $9,000 over the course of seven, months, according to the report). When she was arrested in December 2014, she told investigators she was surprised because a lieutenant from the MBI had been visiting her and having "sexual intercourse with her at the massage parlor." No money ever changed hands in return for the sex, the report points out, and the prostitute told investigators she gave Riggi the money over time because she liked him, not because she felt like she had to. FDLE determines at the end of the report that "these allegations do not warrant criminal investigation by FDLE at this time."

According to OPD, even though FDLE cleared Riggi of criminal conduct, there's still an active investigation into the Riggi case, so "no additional information can be provided at this time."

But this report contains lots of information and paints a pretty clear picture of the alleged relationship between Riggi and the local prostitute. You can read it in full below.