Pour out a crepe for my homie: Michele Ferrero, inventor of Nutella, dead at 89 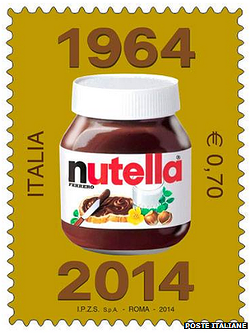 Sad news in the world of confectionery today: Michele Ferrero, inventor of the wildly popular chocolate-hazelnut spread Nutella, died on Valentine's Day at the age of 89. Ferrero also invented Tic-Tacs, Kinder Eggs and Pocket Coffee (a personal favorite), so, truly, the candy industry has lost a giant.

The Italian billionaire businessman invented the spread after World War II as an affordable version of the Italian sweet called gianduja. According to BBC News, Ferrero was obsessed with getting the formula just right, experimenting endlessly to get the correct taste and texture in his relatively inexpensive product. In a BBC report last year, Ferrero's son Giovanni said:

"My grandfather lived to find this formula. He was completely obsessed by it... he woke up my grandmother at midnight — she was sleeping — and he made her taste it with spoons, asking, 'How was it?' and 'What do you think?'"


As sad as some American Nutella fans may be, Italians are devastated – this is a substance intimately connected to the national self-image. Nutella had its own postage stamp; there's even a film, made in 1984 by Nanni Moretti, called Bianca (The White Film) in which a young man named Michele eats Nutella from a jar almost as large as he is.


Perhaps the best way to celebrate Ferrero's invention and mark his passing is to eat a little Nutella today. Buy a jar and throw it on a piece of toasted baguette, or whip up this four-ingredient Nutella mug cake from Jennifer Lee's cookbook 5-Minute Mug Cakes (recipe from Lee's website, Kirbie's Cravings). Munch while listening to food historian's Francine Segan's remembrance of Ferrero on NPR's All Things Considered.