Miami’s upcoming Rolling Loud festival is an event worth taking the drive for, with huge names in hip-hop bypassing Orlando for the all-day event on Saturday, Feb. 28. The anticipation among hip-hop fans for what could easily become one of Florida’s paramount hip-hop events is the equivalent to children on Christmas morning.

“It took four and half years to build our brand loyalty and fan base to be able to book a large-scale festival like this and be confident in our ability to appeal to the fans and be able to reach them virally,” Cherif says. “We've wanted to do this for a long time, but we wanted to do it 100 percent in house without working with any other promoters. It took time to get to the position we are at to be able to do this.”

And now it’s finally time. However in order for an event of this stature to work, fans need to respond if it hopes to gain momentum. Cherif says, “The fans need to let their dollars speak for them if they want to see Rolling Loud festival continue to return to Miami and grow in scale. So far, the fans have done a great job and have surpassed 3,000 ticket sales. The goal is 6,500. If we hit 6,500, we'll definitely do Rolling Loud again next year. To the fans: buy your tickets!”

With 32 acts and counting, it’s no small temptation. With major headliners including SchoolBoy Q, Juicy J, A$AP Ferg, Action Bronson, Curren$y and Travi$ Scott, you’d have to wonder what went into cooking up this kind of lineup. “Our formula was to create a balance between diverse artists with different fan bases and artists with crossover fan bases in order to appeal to a large number of people while still being able to demand a high ticket price because each fan is likely going to be a fan of at least four artists on our lineup,” Cherif says.

If you can’t make it to Miami, Dope Entertainment also brings Logic to Venue 578, performing Wednesday, Feb. 25, but since we’re only two months into 2015, we have to wonder what other kind of events the hip-hop gurus have coming up in Orlando. Cherif leaves it vague, but we know one thing: Nothing Dope does is an understated effort.

“We have a lot up our sleeves for the rest of 2015 and beyond,” Cherif says. “All I can say is you can trust in us, Florida's premier, most trusted hip-hop concert promoter. To the moon! Way up.” 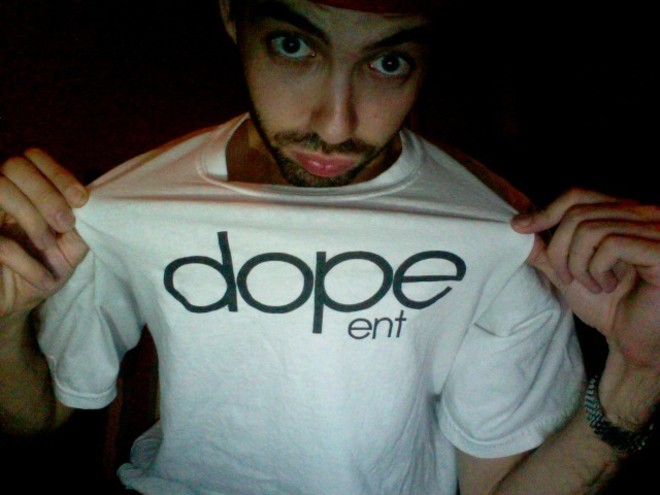