This Little Underground: The Grey 8s and Heavy Drag at the Grand Collab 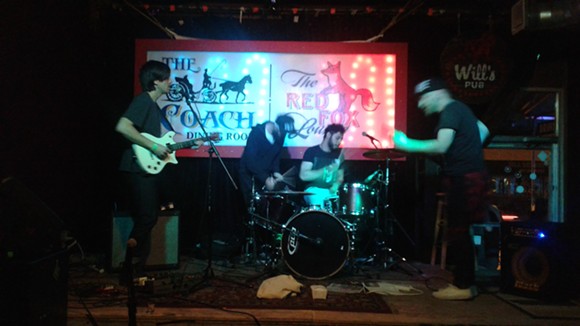 Though still young in its run, multi-genre showcase series the Grand Collab is already becoming a good source for bright Florida talent discovery. At the November debut, West Palm Beach’s Hypoluxo gave me the surprise jolt of the night. This time (Feb. 22, Will’s Pub), it was, hands down, the Heavy Drag gang from Miami. I call them that because it seems several projects overlap in these four guys, and though Heavy Drag was on the bill, at least one other separate band was squeezed into the same set. As they tell me, most of the material played was actually the Grey 8s. Confused yet? I was. But the good news is that telling them apart didn’t matter too much because it was all exceptional.

Best I could tell, the beginning of the set was Heavy Drag. They’re part of the noisy new school of psych rock run by the likes of the Black Angels and the Warlocks, and they’re some of this genre’s best sonic dope dealers I’ve heard come out of Florida. After a little musical chairs on the instruments and a simple member substitution – presto! – they were suddenly the Grey 8s, who were equally dark and druggy but more punk. The deeper down the rabbit hole they went, their garage-hearted horizon even opened into some bluesy rock & roll. It’s a tangled little knot and a lot to process. But the versatile set by the two or so sister bands was a high-grade trip unified by great power and atmosphere. And so my list of Florida bands to watch grows by two. 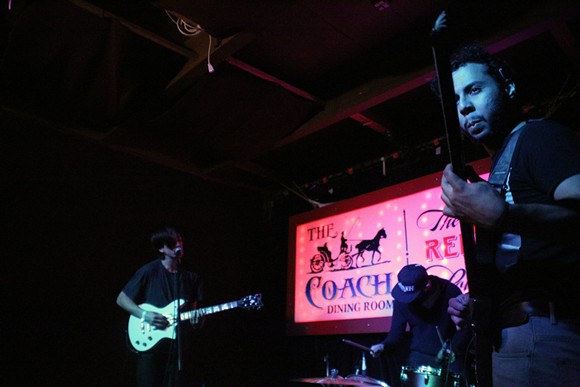