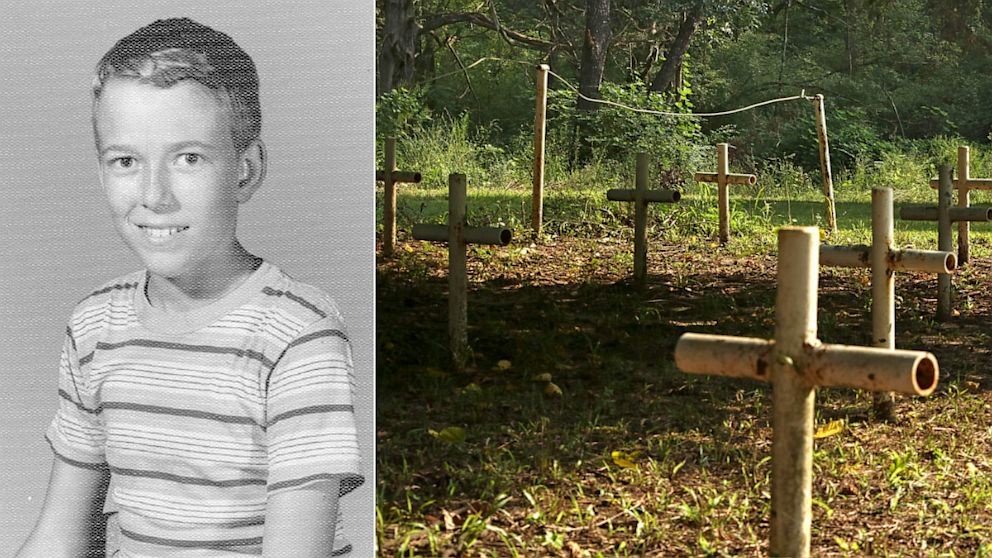 
Following some frankly nauseating and exhaustive reporting from the Tampa Bay Times about how kids at the Dozier School for Boys in Marianna were – after their families abandoned them – left for dead, Sen. Bill Nelson today called for a federal investigation into the deaths and the facility. In a letter to U.S. Attorney General Eric Holder, Nelson cites the fact that there were actually 51 bodies buried on the closed reform school premises, not the 31 that a state investigation purported in 2009. Last year, the Times reported that it was actually 55 dead bodies exhumed, based on an investigation by the University of South Florida. Nelson has been banging this rather important drum of injustice since the first findings from Dozier, as you can see here in a video released today by the U.S. Senate via Nelson's office (download required) or below in this much shorter YouTube clip.  Today's letter is reprinted for your viewing below. Still disgusted by this whole affair. Nothing to add about that, except apologies to everyone hurt in this terrifying moment in Florida history.

WASHINGTON, D.C. – A key Florida lawmaker says federal law enforcement instead of state police should investigate allegations of abuse and mistreatment at a now-shuttered reform school in his state.

U.S. Sen. Bill Nelson (D-FL) is calling for a Department of Justice probe into what happened at the Arthur G. Dozier School for Boys in Marianna, Florida. State police conducted their own investigation five years ago and concluded there was no criminal wrongdoing.

But new information from forensic scientists casts doubt on that probe. Scientists from the University of South Florida, who have spent months excavating unmarked graves on the school grounds, say they have found 51 bodies buried there – 20 more than state police reported in a 2009 investigation.

Nelson says such a discrepancy is what, in part, prompts him to call on the feds.

“Given new information about wards of the shuttered reform school, and a long history of mistreatment allegations surrounding the Arthur G. Dozier School for Boys in Marianna, Florida, I believe the department is uniquely positioned to provide an outside and independent review,” Nelson wrote in a letter.

Nelson, the state's senior senator, sent the letter late yesterday to Attorney General Eric Holder Jr. and hand-delivered it to the president's nominee to replace the retiring Holder as the next attorney general, Loretta Lynch.

“Having brought USF’s initial research to the Justice Department’s attention in 2012, I remain troubled that university researchers have uncovered information not contained in the state’s 2009 report,” Nelson also wrote.

Specifically, Nelson is asking the Justice Department to look into the deaths and burials of numerous boys at the reform school by simply broadening the department's ongoing probe into the more recent deaths of inmates in Florida’s prison system.

Nelson first became involved in the issue in 2012 after a Polk County man asked for the lawmaker’s help in locating his uncle’s remains, believed to be buried on the school campus. He has since been a high-profile and vocal supporter of USF’s investigation, pushing for state permits and lining the scientists up for a Justice Department grant for the use and collection of DNA to identify bodies found. To date, USF has identified the remains of five of the young boys.

Concerns about the reform school lingered even after the 2009 Florida Department of Law Enforcement investigation and up until the state shut it down in 2011 reportedly for fiscal reasons.

In an unrelated probe launched just two months ago, the Justice Department began an inquiry into Florida’s prison system because last year saw the largest number of inmate deaths in the state’s history, more than 300, some under questionable circumstances.

Nelson hopes that investigation can be broadened to include a look at the reform school.

Following is a copy of Nelson’s letter to Holder:

I am writing to respectfully request that the U.S. Department of Justice examine new evidence about the deaths of youth at a now-defunct Florida reform school as part of the agency’s ongoing probe of more recent inmate deaths in the state’s prison system. Given new information about wards of the shuttered reform school, and a long history of mistreatment allegations surrounding the Arthur G. Dozier School for Boys in Marianna, Florida, I believe the department is uniquely positioned to provide an outside and independent review.

Earlier this month, researchers at the University of South Florida (USF) reported that they have found the remains of 51 individuals buried on the grounds of the reform school. This contrasts with a 2009 Florida Department of Law Enforcement (FDLE) investigation concluding that 31 individuals were buried on the school grounds. Having brought USF’s initial research to the Justice Department’s attention in 2012, I remain troubled that university researchers have uncovered information not contained in the state’s 2009 report.

I am grateful for the assistance the department already has provided USF through a 2013 grant from the National Institute of Justice, which has helped fund the forensic research - research that indicates children at Dozier suffered from nutritional deficiencies, lack of dental care, and underdevelopment. In one grave, officials discovered what they think may be a buckshot. Yet in 2012, when the FDLE was asked to comment on the university’s initial findings, officials characterized them as just “an academic research study” with a different standard and scope than a law enforcement investigation. Local law enforcement, meantime, has expressed no interest in investigating. Thus, a federal investigation may be the best alternative.

As the Justice Department works to provide answers and closure for the families of Florida prison inmates whose deaths may have stemmed from potential violations of their constitutional rights, I hope you will do the same for the families of these deceased young wards of the state. I am enclosing a copy of USF’s 15-page report detailing its findings. Please feel free to contact me with any questions. I appreciate your consideration of this request.