C-Crap: Some of the more absurd blips we've been hearing from the "values voters" circle jerk this year 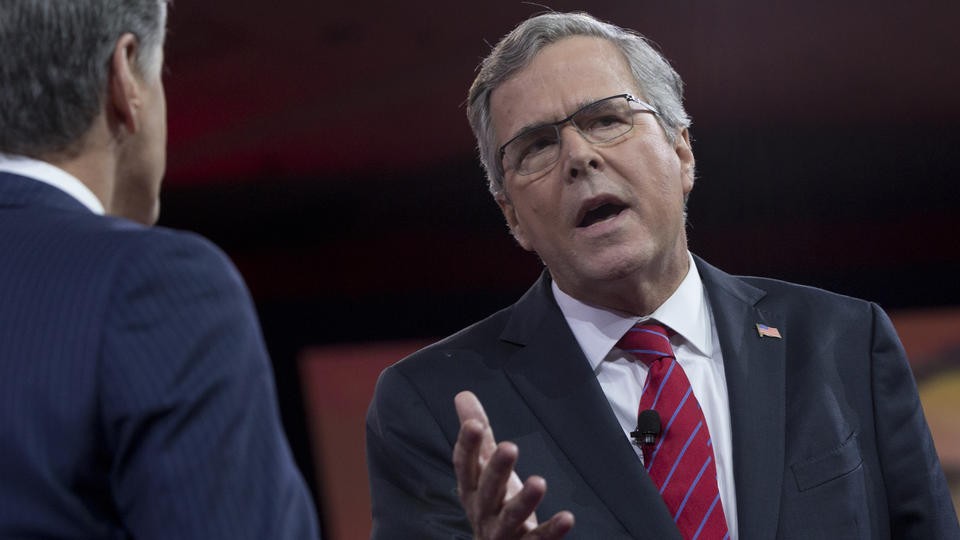 While most of us were busy working (or moving our offices), the sad fraternity of base-chasing conservatives that make up the Republican Party primary contenders for 2016 were doing their best 700 Club imitations for Foxfart Sean Hannity at the Conservative Political Action Conference today. It hasn't been pretty. We watched as much as our stomach has hearty eyes – enough to see that there is lukewarm support for most of the already-rans and actual BOOOOOOs for former Florida Gov. Jeb Bush – and then we decided that we stopped going to church in the south for a reason. At any rate, Bush seems to be garnering most of the headlines, even beyond the boos, because he hates gay people. He was supposed to be the nice one, too! IMAGINE!!!! SOMEBODY NEEDS A SANTORUM (he was booed too). Among some of the other heady statements we've been eyerolling:

Everybody's abusive boyfriend Rand Paul!!!: “At home, conservatives understand that the government is the problem, not the solution. But as conservatives, we should not succumb to the notion that government inept at home will somehow become successful abroad,” he said, "that a government that can’t even deliver the mail will somehow be able to create nations abroad. Without question, we must be strong. Without question, we must defend ourselves. I envision an America with a national defense unparalleled, undefeatable and unencumbered by nation building.”

Duck Dynasty outcast Phil Robertson: "You lose your religion, according to John Adams, and there goes your morality. We're almost there," Robertson said. "I hate to admit I got my facts from the CDC the day before yesterday, 110 million, 110 million Americans now have a sexually transmitted illness."

Locker-room jerk Sen. Marco Rubio!!!! Making no sense as usual!: Rubio drew criticism from his own party when he advocated immigration reform that would allow a pathway to citizenship for immigrants living in the U.S. illegally. He has since changed his position. “It wasn’t very popular, I don’t know if you know that from people here,” he joked before the CPAC audience. “What I’ve learned is that you can’t even have a conversation about that until people believe” that future illegal immigration will be controlled. He also said opposition to President Obama’s executive order allowing some illegal immigrants to stay in the country is “a constitutional issue.” The U.S. is “exceptional,” Rubio said and “the world knows. After all, when was the last time you heard about a boatload of American refugees arriving on the shores of another country?”

Your new outsider Ben Carson!: “There’s no one in this building, except for the media, that doesn’t support voter ID laws,” he said.

Absolute jerk and labor-hater Gov. Scott Walker from Wisconsin!!!: “If I can take on 100,000 protesters, I can do the same across the world,” he said.

Soap opera star Ted Cruz!!!: “This a room full of patriots,” he said. “The men and women of CPAC are going to play a critical role in reigniting the miracle of America….Washington wants amnesty. The people want rule of law.”

Mostly, though, it was a Hillary Clinton attack-a-thon from such reliable sources as Newt "NEWT" Gingrich: “As a historian and former Speaker of the House, I really am worried that our news media is incapable of distinguishing trivia from national security,” Gingrich said, to loud applause. ”This isn’t just one of those standard political stories. This isn’t just ‘gotcha.’ This is a mortal threat to the freedom of the United States, the integrity of the American system, our capacity of protect ourselves, our ability to have an honest conversation.”