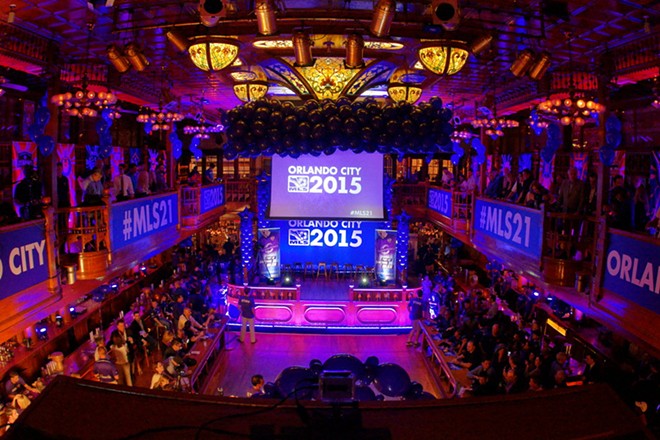 For Orlando soccer fans, what feels like a long excursion is finally coming to an end. Land ho! as we look upon the Citrus Bowl this Sunday for Orlando City’s first major league inaugural match against New York City Football Club. As the team intends to #FillTheBowl this weekend, one event is literally going into the history books: Head downtown to Orlando City Soccer’s official Purple Pride Pubs – Wall Street Plaza, Elixir and Harry Buffalo – as fans attempt to break the Guinness World Record for the world’s largest pub crawl. Kansas City, Missouri, holds the record with 4,885 participating pub-crawlers. Attendance comes with three drink tickets for Heinekens or cocktails, a live concert to cap the night off and a ticket voucher to the first match of the season the following day.