King Kong’s return to Islands of Adventure at Universal Orlando has been one of the worst-kept secrets of the theme park industry in recent memory. In fact, it was so poorly kept that executives at Comcast (Universal’s parent company) seemingly forgot themselves that it was still supposed to be a secret. In a conference call last month, one of the executives mentioned Kong when talking about upcoming projects for Universal Orlando. This is the first official mention of Kong from anyone at Comcast or Universal, but off the record there has been plenty of "leaked" information shared on throughout the fan community.

The new attraction is sure to be a hit with older fans who remember the Kongfrontation ride at Universal Studios Florida. This time, Kong will call Islands of Adventure home, taking up residence in-between Jurassic Park and Toon Lagoon. Construction of the temple ruins are already pretty far along, with most of the outdoor walls already up. The construction thus far has shown that this will be a greatly detailed set visible from the main walkway leading into Jurassic Park. It’s believed that this attraction will use technology unveiled at Universal Studios Hollywood on its tram tour. 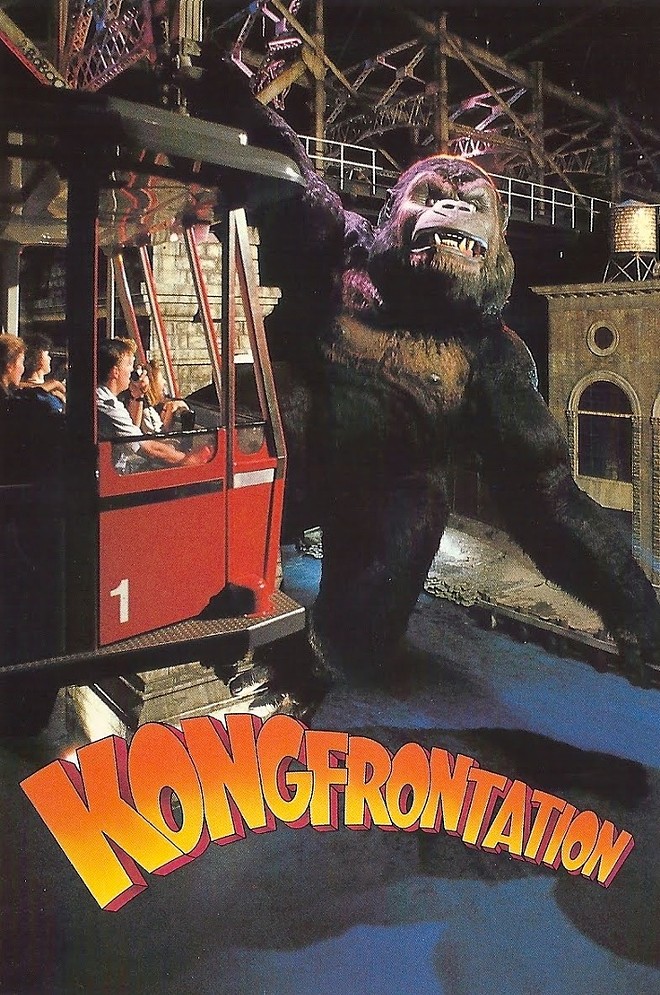 After a fire destroyed much of the former tram tour sets, Universal Hollywood brought back Kong via a 3D movie tunnel that the tram drives through. Most believe that a similar tram based ride with a 3D tunnel effect will be used on the new attraction here as well. This East Coast version of the Kong tram tour will include other screens beyond the 3D tunnel. It will also likely include an outdoor area that can be skipped during inclement weather. The most promising rumor regarding the new ride, though, has to be the re-introduction of live guides on the ride. The live guide was a classic staple of early Universal rides like Kongfrontation and Jaws. Over the years the live guides have all been replaced as new rides come in. This would be a nice call back to the original ride while providing a source for a memorable end scene.

The Kong ride at Islands should open late this year or early next year. A new Kong movie was originally planned to be released in 2016 but has since been pushed back to 2017. The ride and the movie will both feature Skull Island, but the ride reportedly won’t include many other details from the movie.