March 06, 2015 at 12:41 PM
comment
This year's Florida Music Festival kicks off Wednesday, April 15, with keynote speaker Jonathan Mayers, one of the original founders of Superfly Presents (co-creators of Bonnaroo, NBD). And while that's huge news for those involved/interested in the industry/business side of things, there's a quiet ancillary force that supports the scene that will finally be getting its due during FMF's run - the scene photographers. 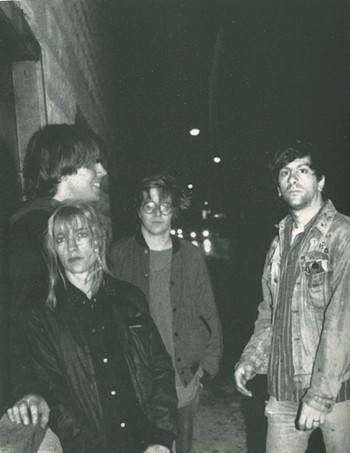 Concert photographers don't just document the scene - they capture it. From liner notes on releases to album covers to press images, these are the photos that burn into a fan's memories and create high demand for music memoirs and biographies, where obscure photos the Internet often never sees end up. Like in Sonic Youth frontwoman Kim Gordon's recent memoir, Girl in a Band (available at Park Ave CDs, if you've been sleeping), which happens to include one of long-esteemed (by anyone who pays attention) local rock photographer Jim Leatherman's shots of Sonic Youth from Jacksonville in 1986 (it's uncredited in the book, but Leatherman thinks it's cool it's noted as from Gordon's personal collection).

It's not some random happenstance, either, Leatherman's work - that precisely captures the action, spirit and character of the band, and not just the pretty faces - has been featured by many bands over the past 30 years to help convey their music, and one of his photos of Archers of Loaf even made it to the cover of the 2013 music history tome, Late Century Dream: Movements in the U.S. Indie Music Underground. Of another uncredited photo of his that Leatherman found in Red Hot Chili Peppers singer Anthony Keidis' 2004 autobiography, Scar Tissue, Leatherman says:

"I shot some really cool live shots at a club in Atlanta (back when Hillel was alive and nobody had any tattoos yet) and about three years later, I got to meet Anthony when they played Visage in Orlando – I gave him a stack of pictures from that Atlanta show, and he was so cool. When I gave them to him, he grabbed me by my shoulders and said, 'You come here, I need to talk to you!' At first, I was kind of scared when he motioned me to follow him. He sat me down next to him and looked through the stack of pics and started crying a little and said 'Thank you,' and gave me a hug, 'You really captured a great moment in time and my friend, who I miss so much.' I was pretty moved by that. Years later, I see one of those photos in his biography … pretty awesome."

Now, thanks to a successful GoFundMe campaign, Leatherman's friends and fans have raised more than $3,500 (the campaign's goal) to finally get his best, most memorable work featured in a gallery exhibit at CityArts Factory that starts Thursday, April 16, and runs through Friday, May 15. It'll be a required field trip for anyone with a pulse who got into music between 1984 and today and wants to relive any part of the mayhem.

Leatherman's work is often featured in our music galleries, and most recently he captured Ralphfest (here and here). We thought it would be fun to show a selection of some of our favorite shots he's done for us over the past few years. Scroll through below: 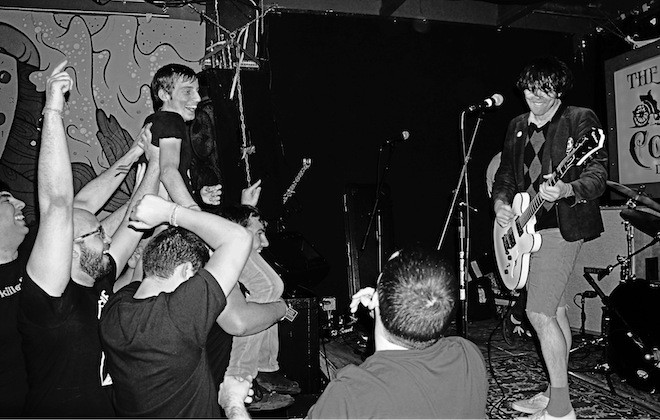 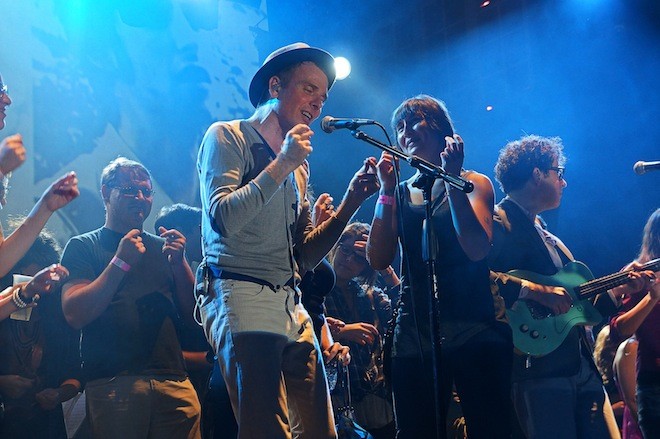