Council Watch: Blowing kisses at your city government so you don't have to 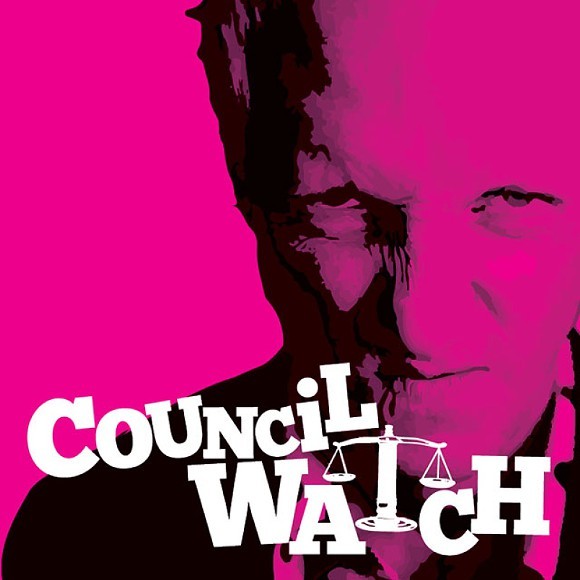 Hooray! It's Council Watch Monday! If you're not street-scabbed, train-forlorn, tie-mad and generally hungover from yesterday's VERY BIG FILLING OF THE BOWL for the Orlando City Soccer Lions game (you are), then you might want to tune into this fluttering of passing thoughts today. Specifically, this week will be the beginning (first read) of the latest discussion on what will happen to Tinker Field, so there will likely be a bunch of public comment. Also, expect some discussion about how the city is buying up properties in Parramore (again) for the purposes of gentrification and Jesus. Should be a fun one! See you at 2.


2:08 p.m.: IT'S TIME FOR THE DENNIS MCNAMARA EMPLOYEE OF THE YEAR AWARDS. It's like the Tonys, but straight, and for city employees. This should be awesome. Four employees will get a check for $750, a sweet parking spot and AND EMBROIDERED JACKET.

2:10 p.m.: Lots of inside-baseball (ha) cheering. Allen Johnson from Orlando Venues is up first to talk about someone named Craig Borkin (Borkon?), who was the guy who made everyone tour the new Citrus Bowl in the rain. Good for you, Craig. "He has no concern for job titles or responsibilities," says Johnson. Oh, dear. There have been investigative reports about him. Take that for what it's worth.

2:20 p.m.: OMG YOU GUYS THIS CITY IS SO AWESOME. No offense to anyone being awarded, because for all we know, they are amazing, and sometimes meetings are meant to be back-pats, but EVERYBODY IS SMILING AND CLAPPING. Something must be wrong.

2:26 p.m.: It's American Red Cross Month. That's all you need to know about this moment.

2:31 p.m.: Enterprise Rent-a-Car, via its foundations, has contributed $9,500 to Parramore "KIDZ" zone. They just recently put a few grand in. So, they get their time to say things.

2:33 p.m.: Parading out grant recipients from the PKZ program. This may not be exciting, but it is pretty nice. Even if we're talking about Jesus and "Illinoiz" and rental car companies spending money.

2:37 p.m.: BUDDY DYER IS DOING HIS MAYOR'S UPDATE!!! ELTON JOHN, MLS SOCCER, MILITARY BAND, BALLET! IT'S LIKE WE'RE A REAL CITY! "IT WAS THE FIRST TIME THAT ALL THREE OF OUR COMMUNITY VENUES WERE ACTIVE ON THE SAME DAY," ETC.

2:41 p.m.: There is going to be a "Red Lobster Support Center" situation to create "new versions of cheese biscuits."

2:42 p.m.: Purchasing seven foreclosed apartment complexes in west Orlando, because the blight has been pulling down property values. Fannie Mae is involved. Three of the units will be sold to LIFT Orlando (religious revitalization), the rest will be, uh, OK.

3:30 p.m.: There has been a very long PowerPoint going on in regards to the Tinker Field landmark designation. We are catching up.

3:31 p.m.: Hey, maybe there could be a new baseball stadium built there! But it would take a "certificate of appropriateness."

3:33 p.m.: We've gone from two acres to six acres for restoration. IT LOOKS LIKE IT COULD STILL BE A BASEBALL FIELD NOW.

3:34 p.m.: Patty Sheehan has a question about "certificates of appropriateness."

3:37 p.m.: Robert Stuart disagrees with Sheehan. We don't need certificates for placards of historical designation. He has been umpiring baseball for more than 47 years! He says that it wouldn't hold even a little league baseball team.

3:38 p.m.: According to Venues guy Allen Johnson, there is no interest from minor league baseball teams, so why bother?

3:48 p.m.: Sam Ings, who doesn't like any of this, is challenging the whole deal. He wants the Tinker to stay, clearly, and thinks this hot potato tossing between the Historic Preservation Board and other agencies is just a charade. He is right. City Attorney Mayanne Downs is trying to talk him down.

3:52 p.m.: Ings says that there is separate (not equal) treatment between the Tinker Field and the Citrus Bowl renovation. Sheehan is backing up Ings because Downs says that "cost" is an issue here, when it's not an issue in historic preservation districts. Downs is defending herself and the MPB. Sheehan isn't buying it. "We have a historic preservation process for a reason."

4:01 p.m.: O'Dell is wearing a Chicago Cubs jersey, which is so meta, given the Tinker history. "It's time for baseball to be back at Tinker Field. ... Let's go out to a baseball game again."

4:07 p.m.: Woman currently talking about her dad and her uncle playing in 1946 at Tinker Field. They were champions!!!! She found these old photos in her attic of her relatives playing softball. "It's so hard to do away with history," she says. Sad!

4:10 p.m.: SHE'S CRYING. So sad. Now Jim Callahan is speaking, as he is wont to do. He knows of what he speaks, specifically on historic preservation of the stands that might be torn down at Tinker Field.


4:14 p.m.: Historical remembrances of lynchings and unmarked graves. This is fairly amazing/depressing. "Today, in hindsight, we might call that an ethnic cleansing." "I hope you restore Tinker Field and remember the people who gathered there."

4:17 p.m.: Not gonna write about Josh "Pazy" Palladino because he just compared Orlando City "Lions" to "Lyin'." Truth, though, on the local government not reflecting wishes. He just got in trouble for directly addressing Reginal Hill.

4:23 p.m.: Doug Head is speaking to the "temporary use" issues built into this ordinance, like parking. As in, these temporary uses need to be clarified. Mostly complimentary, though!

4:30 p.m.: This guy named Haddock is talking about Jackie Robinson and MLK, even has a long paper (book?) about it that he's providing to the dais. Civil Right history should be celebrated in Orlando; it isn't.

4:32 p.m.: "As a city that prides itself on equality and progress, we owe a significant debt to Tinker Field," he says.

4:34 p.m.: Proposes that the first reading needs to be rewritten, as has been suggested, and a no vote should be issued today.


4:35 p.m.: Mike Cantone is talking, and the Selma thing is his centerpiece. He brings up that we're building a "graveyard." And that Tinker Field is a graveyard, as Ings told the Sentinel.

4:38 p.m.: Cantone is calling the city out for not respecting the wishes of the Historic Preservation Board.

4:40 p.m.: "We must take this as an entire package. We have to have a written plan," about this whole thing; this "ever-changing document."

4:41 p.m.: Nancy Jacobson is here to represent the Orange Dems, wants to save some of the grandstands at the very least.

4:48 p.m.: "I do appreciate you giving some time, as opposed to just bulldozing in the middle of the night," current speaker says. OOOOOH, and iconic baseball history museum!!!!! That's a fun suggestion!

4:50 p.m.: Last speaker brought his mother with him, because he used to run to that baseball field every day after school. Gah, this is is interesting and sad.

4:58 p.m.: "The field must be moved," says Commissioner Stuart, because it's no longer capable of handling baseball games.

5 p.m.: "We actually have a letter from the president of minor league baseball" that says we can't play a game on Tinker field, says Stuart.

5:02 p.m.: Stuart doesn't think that there is funding to make Tinker Field into a functioning baseball stadium. He doesn't see the funding coming from anywhere, even though there was substantial funding for every other sportsball development. Apparently, home plate has already been moved and would have to be moved back or whatever, sports.

5:09 p.m.: Robert Stuart wants to create some public spaces over there and use it as a practice field.
"I think that we should recognize the importance of this, but we also should recognize that there's a future." - robert stuart. The ordinance will be amended before the second reading, says Regina Hill. Also, on transparency, "there is no conspiracy" she says.
regina hill used to be a short stop and a pitcher.
!!!!!
in audubon park, though

5:14 p.m.: Ings is amazing here. Should we tear down the hotel where King was shot? Just leave the balcony? No, we keep the whole thing. Memphis keeps the whole thing because it is important to them.

5:17 p.m.: February is Black History Month. In March, we tear it down so that we can have the Electric Daisy Carnival, says Ings. Because we should support drugs and noise. "Nothing more than a corporate rave." Ings is going all Footloose on us right now. Drugs everywhere. "Molly!"

5:30 p.m.: "No one has come up with an economic plan to move this," he says. Other stadiums are torn down all the time, regardless of the color of the players. "It's time had come and gone."

5:30 p.m.: Jim Gray doesn't even think it should be designated as historic, because then the only use would have to be baseball. "For all the wrong reasons, I'm going to vote no."