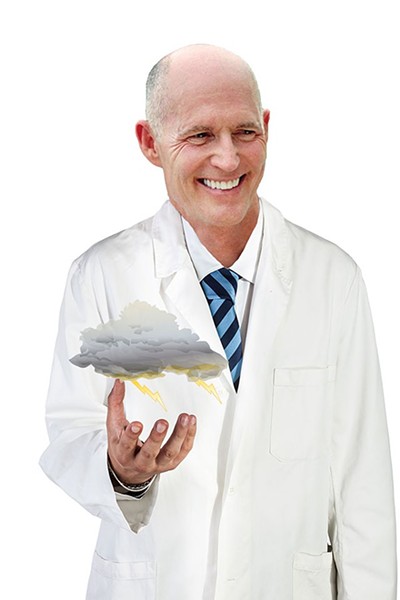 In Sunday's Miami Herald, a story from the Florida Center for Investigative Reporting contains some distressingly revealing information from former employees of the state's Department of Environmental Protection. According to former DEP volunteers and officials, including one attorney, employees of the department were cautioned not to use the terms "climate change," "sustainability" or "global warming" in emails, reports or official communications.

The unwritten policy, they say, went into effect in 2011, shortly after Gov. Rick Scott – who is not a scientist, in case you had not heard – took office.

“We were told that we were not allowed to discuss anything that was not a true fact,” one former staffer is quoted as saying in the story. And it's no secret that Scott does not believe that climate change – or that humans have any influence on it – is a fact.

When questioned by the Center for Investigative Reporting on the ban of these terms, the DEP insisted that it didn't have a policy on the topic. But as we already know from looking into other areas of Scott's administration, not keeping records about important communications, decisions and policies is part of how it does business.

What you don't know can't hurt you, right?