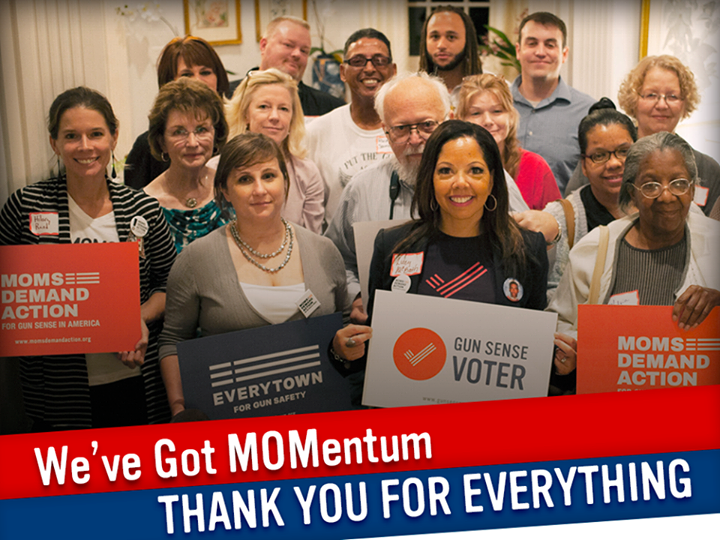 Guns won't improve safety at schools where students already encounter a "toxic mix" of alcohol, drugs and the pressure of academics, opponents of a series of campus gun bills argued Monday.

Members of Everytown for Gun Safety and the Florida chapter of Moms Demand Action for Gun Sense in America held a small rally on the steps of the Old Capitol before heading to meetings with a number of lawmakers and staff members, mostly in Democratic offices, to argue that "backpacks and bullets don't mix."

"These bills are part of a concerted effort by the gun lobby to put more guns in the hands of more people in more places, regardless of how such policies might endanger public safety," said Chryl Anderson, of Moms Demand Action for Gun Sense. "We know that alcohol and drugs and academic pressures are already a toxic mix on college campuses. Adding guns would make things worse."

The National Rifle Association backs proposals such as allowing people with concealed-weapons licenses to carry guns on campus. The gun-rights group argues that such measures will increase school security, pointing to incidents like a November shooting at Florida State University that injured three people.

"The recent shooting on the FSU campus and the series of rapes at the University of Florida taught us that we need to restore the rights of licensed adults to carry concealed firearms on campus for protection," NRA lobbyist Marion Hammer said Monday in an email. "Although law enforcement does the best job they can, they can't stop a crime from happening, only the victim has a chance of actually stopping it. They should not be denied the tools to do so."

Natalia Perez Santos, a University of Florida sophomore political-science and history major from Miami, implored people during the rally to tell lawmakers that allowing women to carry weapons won't reduce the potential for sexual assault.

"The idea of an attacker being legally able to carry a hidden loaded gun while on campus does not make me feel any safer," said Perez Santos.

Members of Everytown, which is backed by billionaire and former New York City Mayor Michael Bloomberg, also presented lawmakers with about 12,000 postcards repeating the "backpack and bullets" message.

The measures (SB 176 and HB 4005) that would allow people with concealed-firearms licenses to carry guns at state colleges and universities have been heard in initial committees. The proposal received 8-4 backing in the House Criminal Justice Subcommittee on Jan. 20 and narrowly —- 3-2 —- got through the Senate Criminal Justice Committee on Feb. 16.

The proposal has been opposed by university system's Board of Governors, university police chiefs and the 12 public universities.

Florida A&M University Police Chief Terence Calloway said Monday during the rally the proposal will only make his job harder.

“College is a time for students to uncover their paths to life," Calloway said. "Forcing colleges and universities to allow concealed handguns on campus is a perfect way to do just the opposite and turn our communities into dangerous, risky places to be."

The other bills targeted by the groups have not been heard in committees.

Two of the proposals (HB 19/SB 180) would allow designated employees or volunteers to carry concealed weapons on public school campuses.

Another two bills (HB 251/SB 754) would allow people to avoid charges if they carry guns in school zones, as long the weapons are surrendered at the earliest opportunity and no other offenses were committed.