Seen the old Red Fox sign at Will's Pub yet? 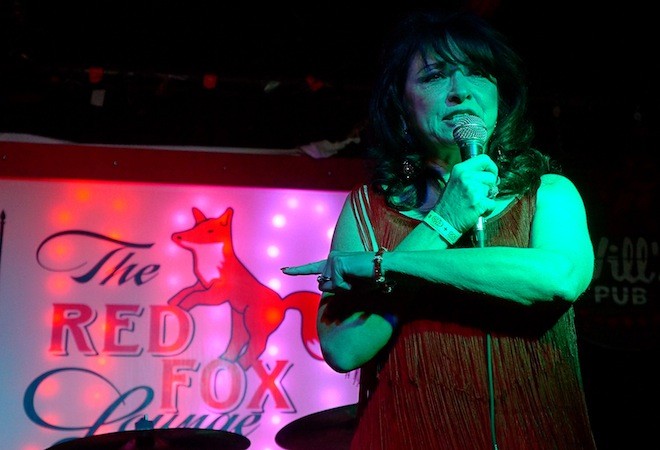 It first appeared during Ralphfest 4 during a time when Lorna Lambey graced Will's Pub stage, so I assumed the Red Fox sign that's been serving as a backdrop at Will's Pub for the past few weeks was on loan, but every time I go back for a show, there it still hangs. Many people have asked me, "Did Will Walker buy the old Red Fox sign?" so I finally asked him what the deal was, and he says that, no, he's not the proud owner, but it will continue to serve as Will's default backdrop for the time being.

If you missed Ralphfest (smh), you might've noticed the neat-o Red Fox lights behind You Blew It's recent sold-out show or that crazy surprise Beach Slang show. Check out some shots of the Will's Pub/Red Fox mash-up stage below: 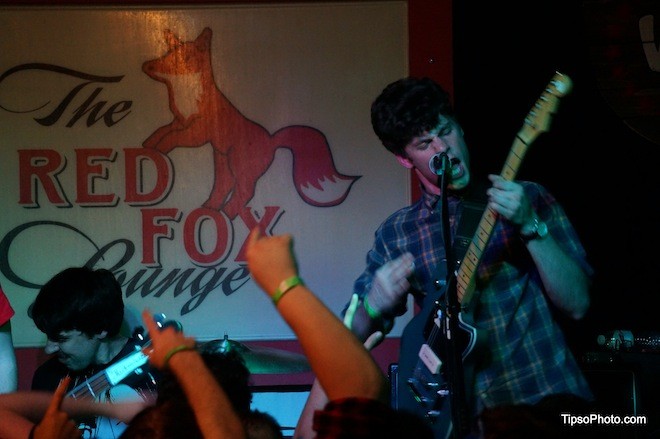 Upcoming shows where you can hopefully see the sign in action: